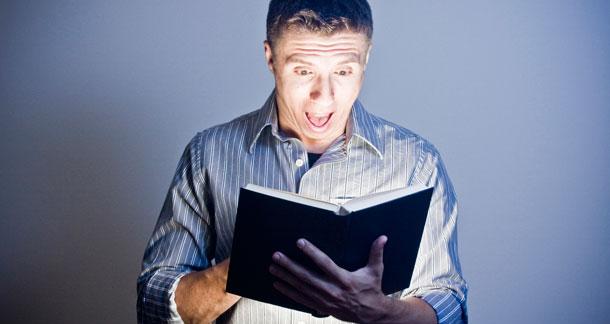 Or, really, what is 'genre' in the first place, right? Without resorting to some dictionary of literary terms, what genre fiction is to me is a mode of storytelling which relies on convention to economize itself for mass consumption. What convention does is streamline the story; what 'genre' does is indicate to the potential consumer that this story they've just ferreted up from some random shelf, it's going to be somewhat like the last story they read in that genre. Which is comforting; lots of readers won't go into a book blind.

Defining genre like this, too, you can see that there's really no such thing as 'non-genre' fiction. Even the so-called literary stuff, it's still crutching along on conventions pioneered years ago in other 'literary' stories.

I'm not here to talk genre theory, though, or to chip away at the bastions of the academic tower, or to lose myself tirading against the absence of anything 'entertaining' anymore in what we're told is high-caliber fiction.

What I want to talk about instead is the utility of genre. How you can use it to write stronger fiction.

And yes, I am including in genre here that flipside of reliance on conventions: formulas. We've all seen it- writers plugging character after character into the same basic story, and the audience just inhaling it right there in the store. I'm one of those readers, I mean. Maybe two, even. If it was a competent telling once, then why not again, right? Not like my long-term memory's just all that good anyway.

This kind of genre-stuff, though- it's what Stanislaw Lem was raking Philip K. Dick over the coals for. It's what eventually got labeled 'ghetto,' a term which, initially, was more of a complaint than an insult: because the pulp writers, the 'genre' writers, tended to get paid so little, people said they were working in the 'ghetto.'

But then, too, the people calling genre 'ghetto' are up in the penthouses or whatever of 'literary' fiction, selling a 'mere' 5000 copies instead of a respectable 50,000.

And now for a section break, to refocus.

Please note that this whitespace, it's just another convention. Even without me telling you, you know it indicates a change in direction, or scene, or time, etc. If writers didn't have access to those kinds of conventions, then each piece of writing would have to explain itself as it went, and then everything would be bulky and useless, unstreamlined.

Used to, part of any English curriculum was recitation. The idea, I think, was that if you commit some of the classics to memory, then they'd kind of graft themselves into you too, and you'd be better for it; changed.

The poetry teachers, the good ones, they still do this some.

The way horror seems to work is as a single character's journey through some human trauma, the kind that are located almost solely in our heads...

Another thing they do, I hear, is not let the beginning poet just blast off into the rule-less and giddy land of free verse, where the only real restrictor is some Pirsig-like notion of 'quality.' Rather, the only way to really write free verse is to be acutely aware of what it is you're not writing.

It's something the beginning fiction writer should pay attention to, I think.

Except, of course, where poetry has villanelles and sonnets and sestinas and tricks of form and meter so elaborate that, it would seem, they're useless, all fiction, if you hold it armslength, it looks pretty much the same, is built of the same basic units: words binding together into sentences, sentences rolling into paragraphs, paragraphs stacking into scenes, scenes paging into chapters, chapters building into novels, and novels into series.

Where in a sestina, the conventions mandate that you use these six words in these six ways in these six or seven places, horror, say, mandates that you first isolate the protagonist, then pit him in some kind of running battle with the eerie or unknown, then process him out at the end, as the marginally 'saved' (see: 'tempered') hero. Granted, in genre fictions there's generally a lot of what the literal reader, raised in the muted halls of Church of Orthodox Realism, would call unacceptable stuff- plasma cannons, ghosts, werewolves, etc.- content that requires them to suspend their disbelief more than's really possible.

Nevermind that they buy into Frankenstein or Marquez or Swift or Wells or Moby Dick. Presumably, those all have 'purpose,' ie, they do more than 'just' entertain.

But I'm going to the bad place again.

The utility of genre, aside from the simple and obvious fact that, if you do it right it can become your sole income, is that, like form in poetry, it can 'distract' you from all the ridiculous other stuff you've got going on in your head. I'm not the only one to suggest this, either; I think 'baffles' or 'obstacles' are a couple of the more popular terms. However, they're terms usually applied to poetry. The idea is that, while you're all focused on getting these syllables to fall right, this to rhyme with that, that to recycle in here with this kind of variance, etc., while doing all that, something good and pure and real can slip through, wholly on accident. Ideally, you're supposed to be able to erase all the years of theory and training and practice and bad advice and revert back to when the words were just right there on the back of your tongue, about to spill out. All you needed then was the right nudge. Not five or ten years of school, where you maybe learned to second-guess yourself into producing work so watered down that nobody in class can find anything in it to really object to, anyway.

Which is very, very different from a piece actually working.

But, as to why I may assign a zombie story to a beginning or even advanced writer [please don't think you 'start' with genre, then move on or 'graduate' to the highbrow stuff]: because it distracts them, it occupies the critical part of their brain so that, maybe, in the way one undead woman's hand brushes the pantsleg of a corpse she kind of thinks she recognizes, the story can do what all good genre fiction does- stop being about zombies and start instead funneling the way it felt for you in the sixth grade, when you liked that girl two lockers down and were too terrified to even look her direction, because you knew you were made of glass, that she could see right through you.

The best, say, horror fiction -I keep talking horror because it's closest to my heart- it deals in ghosts and gore and monsters and all that, sure. But that's not what it's made of. The way horror seems to work is as a single character's journey through some human trauma, the kind that are located almost solely in our heads: the grief following the death of a loved one, maybe, and the tailspin that can throw you into. Only, that's six thousand times too sad and boring and typical for the reader to ever willingly become engaged with. So what you do is you shine a light in your character's right ear, let the beam come out their left, splash the movie onto the sheet you've hung on the wall there. And it'll adhere to all the forms and formulas they know and are familiar with, yes-it'll entertain them, give them that visceral pleasure which has been coded illicit of late-but, too, it'll be filtered through whatever's in your character's head, and thus will of course be shaping itself to deal with the death of that loved one.

And of course the character can feel only versions and intensifications of what you yourself have felt.

In this way, for me, genre, intentional, conscious genre, it's the most honest mode of writing, simply because it's going to such extremes to try to hide what it is. That it's you there in the center, all naked and vulnerable and wanting to be liked, just not looked at straight-on.

There's something irresistibly redeeming about that, to me.

So, yeah, bring on the werewolves, strand them on the moon and fill their paws with laser guns.

It'll be the story of that time I got left in Carlsbad Caverns, and felt more alone than I ever had before.

And you won't know it, of course, but you will, too, in every way that matters.

Which is, of course, the magic of fiction.

"In this way, for me, genre, intentional, conscious genre, it's the most honest mode of writing, simply because it's going to such extremes to try to hide what it is. That it's you there in the center, all naked and vulnerable and wanting to be liked, just not looked at straight-on."

"The poetry teachers, the good ones, they still do this some.

The way horror seems to work is as a single character's journey through some human trauma, the kind that are located almost solely in our heads...
Another thing they do, I hear, is not let the beginning poet just blast off into the rule-less and giddy land of free verse, where the only real restrictor is some Pirsig-like notion of 'quality.' Rather, the only way to really write free verse is to be acutely aware of what it is you're not writing.

It's something the beginning fiction writer should pay attention to, I think."

Maybe I should study.

What I like about writing genre, to say that "The explosion exploded." isn't necessarily gratuitous.