In Defense of (and Against) 'Write What You Know' 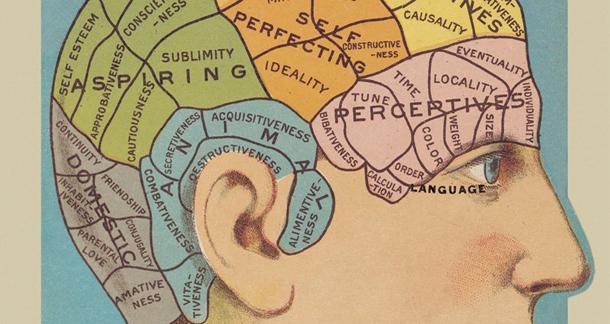 It's perhaps the most well-known piece of writing advice out there. "Write what you know." We're not really sure where it came from—Hemingway, Twain, or some other quotable dead guy? Whatever the origin, it is rather reviled among many writers, mainly because it oversimplifies the craft and ostensibly devalues the imagination. But while I understand where this ire comes from, I think this advice can be valuable to any writer, because largely "write what you know" is misunderstood, and it needs clarification. So let's do just that.

But before we root out what's good about "write what you know," let's explore everything that's bad about it.

Even When It's Bad, It's Good

There's a very convenient way to see a collection of writers dissing this piece of advice—our very own author interview series 10 Questions With..., in which the interviewer asks of every interviewee, "What's the worst advice you hear author's give writers?" Many singled out 'write what you know.' Here are few choice responses:

The old saw of 'write what you know' is truly terrible advice, I think. It should be 'write to try to know.'

Sure, we are all prisoners of our own experience, but most of us don't live interesting enough lives to chronicle for the general public. It's fiction, we make it up...One might write what one knows, but as a hard and fast rule, it's empty folk wisdom and fairly injudicious.

'Write what you know.' That just makes no sense to me. It's always been write what you don't know...and want to know more about.

Most young writers hear this [advice] as 'write what you already know,' and most young writers don't have much life experience. A better way to come at this is 'know what you write...' Fiction writing is about expressing someone else, trying on the skin of someone completely different from yourself.

This advice seems to be given or taken to mean something like 'write autobiography,' which would imply that the imagination plays no role, and that sort of assertion has no place in the writing that interests me...perhaps 'Write what you understand' might be better advice. And in that case I might prefer the counter-argument: 'Write what you don't understand until you understand it.'

...writers have been misconstruing 'write what you know' for a long time. Instead, know what you write. Study it, read stories about it, do it, visit where it happens. Experience it. Know it. You don't have to climb a mountain to write about it, but you should inform yourself if the heart of your story involves scaling an alp.

I'm sure you've noticed a pattern emerging in all these responses: while "that old chestnut" is considered the worst, every single author has a "but" to their answer, a clarifying statement that, in a way, actually subverts their original assertion.

The most common sub-statement was a variation of, "'write what you know' sucks, but 'know what you write' is good advice." Others expand this notion by saying writers should study and research a topic until they know it as thoroughly as their own apartment, then write about it—which is, in effect, writing what you know.

Sometimes it's better to write what you know, or even better, what you're capable of knowing, rather than venturing into territory you couldn't ever profess to understand completely.

In this way, "write what you know" can be terrible advice if it encourages a writer to remain boxed into the knowledge-base they already possess, but it's awesome advice when it encompasses not only utilizing what a writer knows, but what a writer can learn. The problem, then, becomes one not of the advice itself, but rather the interpretation specific writers/teachers place on it.

Think of it this way: "write what you know" is a lot like pizza: when it's good, it's good, and when it's bad, it's still good. So, would-be authors out there, if someone tells you to glean material both from your own personal experiences and the experiences of others, eat that advice up. If they tell you to ONLY do the former, douse that shitty slice of advice with parmesan and crushed red pepper and wash it down with a cold soda. It will still taste good once you've doctored it up a bit.

But Sometimes, It's Just Bad

There are always exceptions to any rule. I think "write what you know" can be terrific advice so long as it's within context and non-exclusionary, but there are instances in which even "writing to understand," as Megan Abbot put it, is still harmful. It's not just that the pizza in this scenario is bad, it's poisonous.

Let's return to a portion of the passage from Aaron Gwyn above:

Fiction writing is about expressing someone else, trying on the skin of someone completely different from yourself.

Agreed—but to a degree. Yes, at the end of the day, we're all people and we're all sharing this human experience. Pain, fear, sadness, anger, joy, these are all universal emotions that we can all understand. As writers, we can infuse these and all other emotions into any character we write, because no matter if a person is male, female, gay or straight, black or white, etc., we all know of these conditions. Yes, every culture has its own set of identifiers that should be acknowledged, but to borrow a phrase from the great philosophers Depeche Mode, "People are people."

HOWEVER, there are some topics that certain writers just shouldn't tackle. I'm a straight white male, and while I feel a passionate sickness toward female genital mutilation prominent in certain African countries, and I could research the hell out of this topic and write a novel featuring a Somalian girl as the protagonist, who goes through said repugnant procedure and subsequently fights against its further propagation, the question I must ask myself is, do I have any right to create such a book? I am not a young Somalian girl, and I've never undergone anything so horrific as genital mutilation (and that includes my circumcision, which is not even close to the same thing). Why should I get to tell this story that is not mine, when there are plenty of young Somalian girls who have been tortured in this way that could tell this story far, far better than I ever could, no matter the amount of research I did.

Is this to say I couldn't feature a young Somalian girl who either endured or was very close to enduring FGM in a novel about, for instance, a group of people battling ghosts in a haunted house—a book in which said character is not necessarily the protagonist, but part of an ensemble? Not necessarily, though I think to include something so specific in a standard haunted house narrative, there would have to be a very good reason to do so. Otherwise, the character could simply be a young Somalian girl, or a Somalian woman, or an African-American woman, or man, who might be gay or who might be straight, and so on. Diversity good, cultural appropriation and misrepresentation bad.

Do you see what I'm getting at here? Sometimes it's better to write what you know, or even better, what you're capable of knowing, rather than venturing into territory you couldn't ever profess to understand completely. As a straight white male, it's neither my responsibility nor my right to co-op the voices of the disenfranchised. Some stories simply aren't mine to tell.

In conclusion, "write what you know" is overall pretty sound advice, so long as we understand the simple phrase includes anything you don't know but are capable of learning, and that we acknowledge there are limits to the things we can truly understand.

Perhaps then the ultimate encapsulation of this "old chestnut" should be "write what you understand, but know you can't understand everything."

What are your thoughts on this? Do you think "write what you know" can be good advice with a few modifications, or should we just scrap the adage altogether and move on? Let us know what you think in the comments sections.

I must add that the old canard is best applied to nonfiction, where if you don't know what you're writing about you're just another blowhard windbag bloviator asshole.

But Ed shouldn't there be a special category of non-fiction explicitly written by people who know nothing about the subject?

Otherwise we would have no self help books at all.

On a more serious note, I actually disagree that 'there are some topics a writer just shouldn't tackle'. If you want to write about FGM then you should. Writers shouldn't be the gatekeepers when it comes to who writes best about what. That's up to the rest of the world to decide - by who gets published and who gets read.

I feel like Nic Pizzolatto is the Kanye of television.  He's cocky and pretentious but damned if he isn't good at what he does.