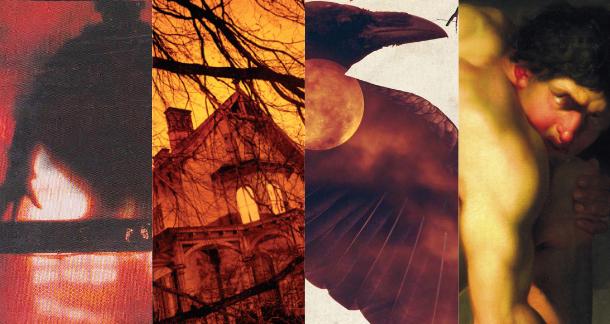 Women in Horror Month (or WiHM) came to a close on February 29th, and that means we'll be due to talk about the ladies of fright again on February 1st, 2021.

Or, let's just keep talking about them now, on into March, then April, then May, June, July, and so on. I'd go so far as to say we should just talk about women horror authors all year round.

This isn't to say we don't need WiHM. We do. I made the argument as to why five years ago on this very website, and with sexism and misogyny seemingly more rampant now than in the simpler age of 2015, we definitely, one hundred percent need WiHM. But for the same reason, fellow writers and readers, filmmakers and filmgoers, musicians and visual artists and their audiences need to continue promoting women horror-mongers every month on the calendar.

But of course, to do this effectively, you need to consume far more works by women, and for fiction lovers that means reading a lot more stories and books. And if you're looking for a fun way to add more ladies to your to-read pile, you can try this method outlined by Amy X. Wang and Elijah Wolfson of Quartz, whereby they plan their yearly reading by pairing books that match the seasons (wintry, chilly books in winter, novels about rebirth in the spring, etc.). In this way, you can be sure you're reading women in horror all throughout year.

Not sure where to start? Let me recommend some titles to you... 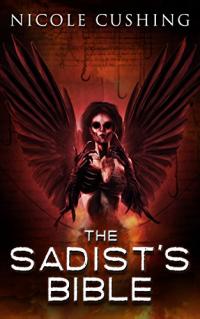 Spring is the season of rebirth, of new growth and new beginnings. The trees grow new leaves, the grass grows green again, flowers bloom, and the days grow longer and brighter. Nicole Cushing provides a dark inversion/affirmation of these themes in her novella The Sadist's Bible, about a woman, Ellie, who is trapped in a stuffy, conservative berg and who, despite her Christian upbringing and beliefs, realizes she is both attracted to women and harbors some really twisted fantasies. Instead of suppressing her thoughts and feelings, however, Ellie hatches a plan with a woman she meets online to get together at a luxury resort, have torrid fetish sex, then commit double suicide, since she reasons she is "damned anyway" for her sexual preferences. While killing oneself might be antithetical to the idea of growth and revitalization, Ellie's ferocious self-actualization of who she is and what she wants strangely embraces Spring's promise of change and rebirth. After all, Ellie does obtain a new lease on life, even if it hinges upon death.

Speaking of new life, Spring is also a time of fertility, due in no small part to the goddess Ostara, a goddess of Germanic and Anglo-Saxon origin who "oversees the budding plants and burgeoning fertility of the earth," according to a HuffPost article from 2015. There is indeed some evidence backing the idea that humans' and other mammals' "friskiness" amps up in the Spring, with conception rates moderately higher than in other seasons. And while pregnancy is often depicted as a joy, numerous horror titles have explored the dark side of impending motherhood. Ira Levin's Rosemary's Baby is perhaps the most famous, and while it is a distinctly feminist text, perhaps the apotheosis of scary preggers novels is feminist icon Doris Lessing's The Fifth Child, which concerns Harriet, a Donna Reed-type who, after producing four perfect little angels, gives birth to a monster. At first this is monstrousness only in the eyes of pious, "keeping-up-with-the-Joneses" types—he merely has some physical deformities—but it soon becomes clear that little Ben is something purely evil. Emily Harnett, in a retrospective on the novel for The New Yorker, writes:

...one could mistake The Fifth Child for a body-horror satire or a send-up of smug, bourgeois moms. To be fair, the novel is both of those things. But it is also, for all its rude pleasures, a gutting examination of the crucible of motherhood. 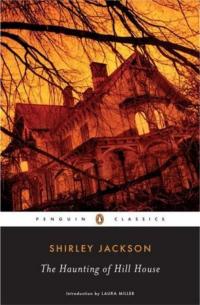 Speaking of motherhood, and nightmarish depictions thereof, Tananarive Due, with her appropriately titled short story "Summer," inverts the trope of a devil child disrupting what should otherwise be an exuberant celebration of new life. Danielle endures a hot Georgia summer while her husband Kyle is away at army reserve training, caring for their infant Lola all alone. The baby is a nightmare—she's squalling, easily-irritated, and often violent. But then a paranormal entity possesses the child and causes her to be calm and agreeable, giving the frazzled Danielle some much-needed respite. In other words, it is the normal, everyday nightmares of motherhood that fuels the woman's despair, while the supernatural, i.e., the purportedly "evil," acts as her saving grace.

The same can be said of Eleanor Vance, the doomed main character of Shirley Jackson's The Haunting Of Hill House, a novel that many might associate with the fall, given its chilly, Gothic sensibilities, but is in fact set during the summertime. Also called Nelly, the character breaks away from her domineering mother and sister to spend a few months in a reportedly haunted mansion in the countryside. But as the supernatural events begin to occur in Hill House and the other occupants are scared out of their wits, Nelly begins to feel more and more at home. She finds herself, her true self, in the haunted corners of the mansion.

The new life that erupted in Spring begins to die in the Fall, or Autumn. Carmen Maria Machado grapples with the inevitability of death in her magnificent short story "Descent," specifically the idea that avoiding our collective demise is futile. Set on an unseasonably cold October night, a group of friends gather together under the pretense of discussing a popular novel, but soon one of the hosts, Luna, regales the collective with an uncanny encounter she had with one of her students, Salma, a child recently displaced from her school due to a mass shooting. Machado drives home the point of her chilling narrative—that you never know when Death will come for you—via a line of dialogue from Salma's grandmother:

Arrogance. Arrogance is what makes you think you can’t see Death. You think Death wears dark clothes and walks around with a stick in its hand? It doesn’t. It can look like anyone. It can be anyone...

And once you see [Death], it knows. And it comes for you, at its leisure. You think you see Death because it’s your time? If you see Death, it becomes your time.

Death and the spirits of the dead dominate one of Autumn's biggest holidays, Halloween. There is a wealth of stories surrounding the spookiest day of the year, with Lisa Morton—one of the world's premiere Halloween experts—providing tales both eerie and utterly terrifying. Her collection of novellas and short stories The Samhanach And Other Halloween Treats covers just such a range. As described on the book's GoodReads page:

On one magical night of the year—when the breeze is scented with dead leaves and pumpkin, when the days have grown shorter and winter’s first touch prickles your skin—the barrier between worlds is at its thinnest, and dark magic abounds. Whether it’s the legendary trickster Jack about to acquire his first lantern, a teenage girl beginning to discover her own alluring power, or a fallen angel seeking redemption, Halloween’s sinister spell enchants all. 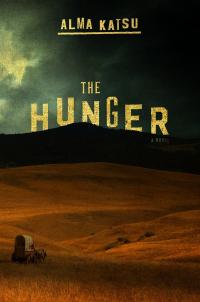 If Autumn is the death knell of most things, Winter is the final nail in the coffin. Those unprepared for its brutally cold and unendingly dark days will perish, while those who have stocked up on provisions and—even more importantly—mentally prepared themselves will make it to the Spring again, and the renewal of the cycle. Alma Katsu explores these themes of survival in The Hunger, her fictional, supernatural reworking of the Donner Party tragedy. Whether or not it was witchcraft or shear bad luck that steered the party down the wrong path, there's no denying just how unprepared this band of settlers was. To say they were doomed is an understatement: the horrors of Winter were fated to swallow them up.

Unforgiving, icy conditions also play a role in Victor Frankenstein's demise. Written by the godmother of horror Mary Shelley, Frankenstein—much like Machado's "Descent"—explores the folly in believing humans can cheat death. Victor attempts to defy nature by forcing the Spring, i.e., he reanimates dead tissue, creating a walking corpse that laughs in the face of mortality. However, instead of nurturing his creation, Victor abandons him, setting him on a collision course with death. His story ends in the frozen wastelands of the North Pole, where his creation also plans to remain until he too expires, reaffirming the true promise of Spring while also maintaining Winter's stronghold on death.

Which seasonal horror titles by women would you recommend?