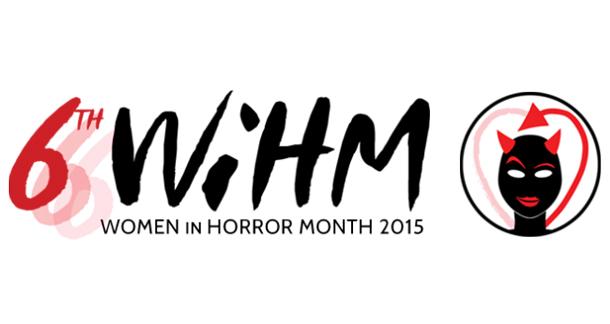 One of the most talked-about and critically praised horror films of the last year was The Babadook (and let me tell you, it lives up to the hype). Eschewing the modern propensity for violence and gore and hearkening back to the minimalist atmosphere and suspense that characterized the genre in decades past, the film unnerves its audience psychologically, making the few instances of visceral horror all the more effective. Given this, it seems obvious to me that a woman—Jennifer Kent—wrote and directed this gem. And yet, Washington Post writer Michael O'Sullivan calls Kent's gender "the most surprising thing about the movie," not because he believes women incapable of producing horror, but rather because of negative perceptions surrounding the genre. He writes:

...the popular perception of scary movies has been so colored by the genre's frequent violence and misogyny that many of [Kent's] acquaintances were aghast when she told them what she was working on.

Kent acknowledges that the general lack of female voices in horror filmmaking is part of a "larger problem" in Hollywood, where women are marginalized in favor of their male counterparts. According to five year statistics (2007-2012) compiled by the New York Film Academy and published by IndieWire, females comprised just 9% of the total directors working in the industry, 15% of all writers, 17% of executive producers, and 25% of producers, with men dominating behind-the-scenes work dramatically (the article does not identify whether transgender people are categorized into the male/female binary).

Numbers are slightly better in the fiction world. The most recent VIDA Count (2013) even shows an increase in publication of female-penned stories from 2012's count, but unfortunately the data still indicates a decidedly male playground. I had trouble finding stats related specifically to horror, but if you regularly read the genre you've likely seen the scales tipped in favor of men, despite the presence of outstanding women working in the field. Ask an average person on the street to name five horror novelists/fiction writers, and they'll undoubtedly say Stephen King first, then—depending on how well-read they are—Joe Hill, Clive Barker, Jack Ketchum, and maybe, just maybe, Anne Rice (or perhaps Neil Gaiman, though he doesn't strictly write horror). And remember, I said average person, i.e., not someone who would know the names Josh Malerman, Stephen Graham Jones, Laird Barron, Ramsey Campbell, Lucy Taylor or Gemma Files (yes, I know that's six).

The question here is, why? Why are women so underrepresented in general, and why so specifically in the horror world, particularly when a young female author—Mary Shelley—played a monumental role in the genre's development and popularization? Speaking broadly, we can point to systematic sexism—a discussion with its own set of numbers and facts to review, for which there isn't time to go over here, so you'll just have to trust me that it very much exists (but for a nice breakdown of its machinations, read this Medium article by Nina Alter). This pervasive cultural state in part aided in the rise of "'torture porn' cinema (and its literary equivalent, 'extreme fiction')," discussed by Lisa Morton in her recent Nightmare Magazine column The H Word: You've Come A Long Way, Baby—The Female Protagonist in Horror:

This puts the reactions of Babadook director Jennifer Kent's friends and colleagues in better context, and explains why in 2013 Tor UK editorial director Julie Crisp found that only 17% of all horror submissions received were by female authors. Why would women want to work in a genre that appears to openly despise their gender? (For a broader discussion of this topic, look to this Horror Writers' Association roundtable moderated by the aforementioned Lisa Morton and featuring editor/undisputed horror champion Ellen Datlow, authors Gary A. Braunback, Lisa Mannetti, and Jason V. Brock, among others).

We could go on an on about the roots of this gender problem, but ultimately the question we must ask is this: how do we fix it?

Raising awareness of the issue and shining a spotlight on female horror practitioners is the first step toward a more equal playing field. Yes, in a perfect world, we wouldn't need to draw any distinctions between genders, but we don't live in a perfect world, and as I hope I've shown above, gender disparity definitely exists. Women in Horror Month—both the literal month of February and the organization of the same name—aims to eliminate this disparity. Founded in 2010 by Hannah Neurotica, Women in Horror Month (or WiHM) serves as a "grassroots initiative," though they're actively pursuing non-profit status, according to their official website. Originally, WiHM appeared more interested in shattering Hollywood's glass ceiling, but they have since expanded their efforts to assist any female working in the horror genre, be them filmmakers, writers, visual artists, musicians, and so on. Here's a bit more about the organization from their mission statement:

Women in Horror Month (WiHM) assists female genre artists in gaining opportunities, exposure, and education through altruistic events, printed material, articles, interviews, and online support. The vision is a world wherein all individuals are equally given the opportunity to create, share, and exploit their concept of life, pain, and freedom of expression...

WiHM focuses on supporting the achievements of women who utilize the most extreme mirror available in storytelling: horror. We encourage women to explore and represent these horrors constructively, in positive environments.

The statement also acknowledges that WiHM "was created with no exclusion," encouraging men to to get involved as well.

WiHM's Get Involved web page offers a wealth of events you can implement, including:

There are, of course, ways to participate on a smaller scale as well:

Exposure of women writers, filmmakers and artists is also an excellent way to show support. Write a blog post about your favorite women working in the horror genre, post links to their websites, Twitter/Facebook pages and outlets for purchasing their books/magazines featuring their work.

Hey, sounds like a great idea. Here are twenty-six female authors (and one editor), listed in alphabetical order:

This is, of course, only the tip of the iceberg. There are so many more names I could add to this list. But I'd like to hear from all of you LitReactors out there. Who are some of your favorite female writers, filmmakers, artists, etc. Furthermore, give me any ideas for celebrating Women in Horror Month that I haven't already covered. Shout out in the comments section below.

Great post. I love WiHM, and I think you've done a good job here of drawing attention to the problem and explaining it a bit. Seeing my name listed among the likes of Ellen Datlow, Lucy Snider, Joyce Carol Oates, and Caitlin Kiernan is pretty freaking amazing. Thank you for this post, and for including me!

@AnnieNeugebaur — My pleasure. Your story in Black Static #41 "Hide" was killer!

Awesome to hear. Thank you!