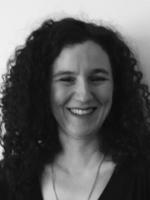 Veronica Schanoes's work has appeared in Tor.com and several anthologies. Her novella "Burning Girls" was nominated for the Nebula and World Fantasy Awards and won the Shirley Jackson Award. She is an associate professor in the Department of English at Queens College—CUNY, where she specializes in fairy tales and children's literature.