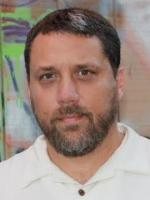 Sean Davis is a veteran of the Iraq war, an artist, and a writer with an interesting story. He attended art school before earning his bachelor’s degree in English from Portland State University and an MFA in Writing from Pacific University. Sean has worked on film with Human: The Movie and television on America’s Worst Tattoos. His art hangs in Six Days Gallery in the heart of the Alberta Arts District in Portland, Oregon. He has contributed to numerous publications including the Flaunt Magazine, Nailed Magazine, and The Good Men Project. He has also appeared on 60 Minutes and plays a big role in helping veterans in the Portland community.