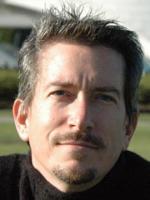 Bradley P. Beaulieu and his novels have garnered many accolades and most-anticipated lists, including two Hotties–the Debut of the Year and Best New Voice–on Pat’s Fantasy Hotlist, a Gemmell Morningstar Award nomination for The Winds of Khalakovo and more:

In addition to being an L. Ron Hubbard Writers of the Future Award winner, Brad’s stories have appeared in various other publications, including Realms of Fantasy Magazine, Orson Scott Card’s Intergalactic Medicine Show, Writers of the Future 20, and several anthologies from DAW Books. His story, “In the Eyes of the Empress’s Cat,” was voted a Notable Story of 2006 in the Million Writers Award.

Brad continues to work on his next projects, including The Song of the Shattered Sands, an Arabian Nights epic fantasy, and Tales of the Bryndlholt, a Norse-inspired middle grade series. He also helps to run the highly successful science fiction and fantasy podcast, Speculate, which can be found at speculatesf.com.