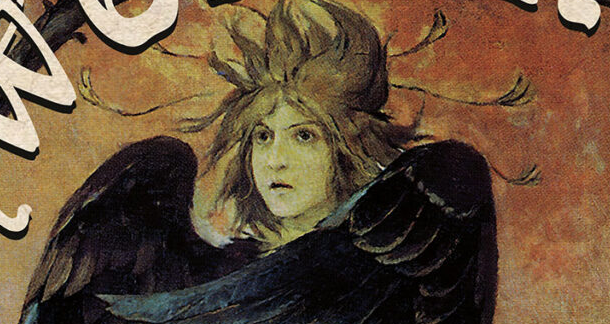 Nicole Cushing knows how to melt your brain.

She does so through her phantasmagorical and absolutely bonkers scenarios, her astute observations on the state of the world, and the sheer gorgeousness of her prose.

She knows how to make you laugh.

There are chuckles and guffaws alike in Cushing’s work, but more often than not, the things she puts down on the page elicit awkward, cough-like sounds that technically count as laughter, because you know, deep down in your soul, that you shouldn’t be laughing, and that if there is a Hell, you’re definitely going there.

Examples of Cushing’s macabre, grotesque, and downright sickening imagination are perhaps best left for new readers to discover on their own, but if you know, you know.

All this and more has been true since Cushing’s debut novel, the Bram Stoker Award-winning Mr. Suicide, one of the grimmest and (there’s really no other way to put it) most fucked up things to ever appear in print. And these qualities remain beautifully intact in her newest book, Mothwoman, which begins in the same manifesto-infested vein as her previous work, A Sick Gray Laugh, then makes a sharp left turn into a truly head-scrambling, hilarious, and disturbing plot.

Like much of Cushing’s output, it’s really best to know as little about the narrative as possible and dive in headfirst at the shallow end, but the brief and cryptic blurb from the book’s publisher (Word Horde) gives readers a rough outline of what they’re getting into: 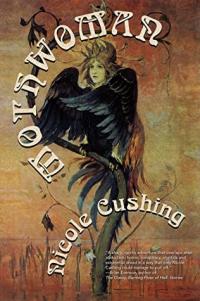 Nothing more need be said where the plot is concerned. As for Cushing’s writing, Mothwoman represents her most ambitious and spectacular effort yet. Her most impressive feat: expertly blurring the line between reality, fantasy, hallucination, and delusion; delivering a narrator who is unreliable and owns it; and a protagonist, Nancy, who is completely passive, but wholly engaging at the same time. Make no mistake, however — the main character’s passivity isn’t a result of lazy writing. Cushing knows exactly what she is doing, cleverly playing with and at times even openly sneering at the expectation of a character arc, with Nancy stating at one point, “I am a heroine and Joseph Campbell insists I take a journey.”

It becomes clearer and clearer as the story unfolds that Nancy isn’t decisive, and doesn’t care to be. She really only has one goal: to sit back and let life happen to her, rather than actively participate in it. The problem is, however, at some point, Nancy has to make decisions. She’s forced to make choices about her own fate, and — at the risk of giving too much away — Cushing makes it clear that whatever path Nancy decides upon, it will likely lead to ruin.

But don’t confuse the potentially catastrophic results of Nancy’s apathy as moralizing on Cushing’s part. There is perhaps no moral to this story, other than to pinwheel downward through nightmare after nightmare. Or, more to the point, to revel in that which makes no sense, that which has no grand point. As Nancy herself insists near the end of the novel:

Do not reject the reality of unreality because you see it wrapped in absurdity. Take the time to unwrap the gift, and accept it with a humble heart.

Mothwoman is indeed a gift of epically weird proportions, not only wrapped in absurdity, but constructed of it, a tapestry woven of pure, unabashed ridiculousness that rivals the greatest surreal works of art.

Pick it up soon, immerse yourself in it, and let it melt your brain.

Get  Mothwoman at Word Horde or Amazon

Sometimes I find it difficult when I need to do stylish nail designs! I really like fall nail designs https://glaminati.com/must-try-fall-nail-designs-ideas/ It will be very important for any woman to have beautiful and stylish nails and clothes! I liked the fact that these nail designs will be relevant for any girl! You can find here a lot of useful things for you!

I promise you nothing.

I promise you nothing.

Address the process rather than the outcome. Then, the outcome becomes more likely

Address the process rather than the outcome. Then, the outcome becomes more likely

All  thank to Dr Ayoola, My name is Josh Buster I live in California, I want to let the world know how this man changed my life and that of my family. I have been playing jackpot for so many years now hoping to win and start my own business, I have been a driver and same time I have being playing lottery game for more than 10 years now each time I play I always run out of luck. one day I was browsing with my phone when I saw some testimonies about this man call Dr Ayoola on how he has helped people win lottery games, I was shook and I ask myself if this is true and also contacted this man for help and told him everything, why I contacted him. He asked me if I have been playing lottery game before now and I said yes. He told me that he will help me with the right number to win if only we work together which I told him I am ready to work with him. After working with him he gave me a number to play, after playing the number Dr Ayoola gave to me, I came out a winner of jackpot of 1,000,000 millions dollars  all thanks to you Dr Ayoola for your help I am so happy now. And now I am fulfilling my promise by sharing your good work to the world. Dr Ayoola is  a great man and a man GOD has sent to help people and put a smile on peoples face. Thank you for what you have done for me Dr Ayoola I will be for ever grateful to you, you can contact him if you are willing to change your story for good via  drayoolasolutionhome@gmail.com or https://www.facebook.com/Dr-Ayoola-105640401516053/ text or call +14809032128

Now You Can Stop Your Break Up, Divorce or Lovers Rejection…Even If Your Situation Seems Hopeless! I contacted a real spell caster DR Prince that helped me change my husband’s heart to love and want me again, and he really did and now we are very happy together. If you are here and your Lover is turning you down I will advise you to contact DR Prince . The potency of his spell is so effective and can reunite broken relationships and can also make one get pregnant no matter the situation and not only that, he also has the power to cure all types of diseases within the period of 48hours. I am a great testimony. Contact him today and thank me later. You can also contact him on WHATSAPP: +18144484537  EMAIL:  obinnaspelltemple@yahoo.com website   https://obinnaspelltemple.com