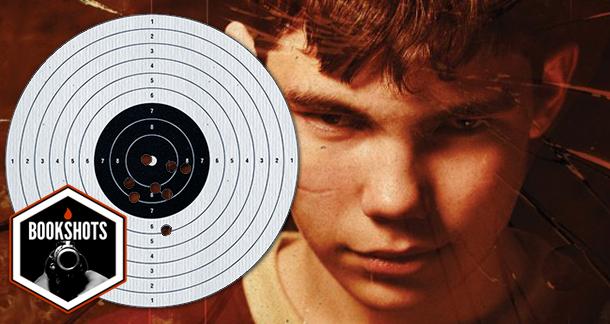 Nicole Cushing, an Indiana-based author with some big names in horror on her side (Billy Martin AKA Poppy Z. Brite, Jack Ketchum and Ellen Datlow, just to name a few, have praised her work). She's written two other novels and has a short story collection forthcoming later this year. Find out more about Cushing at her website.

Written in second-person, the unnamed protagonist, a teenager living in Louisville, Kentucky, finds himself first held in the sway of the titular character, Mr. Suicide, then by an entity far more unsettling, leading the boy down a path of utter degeneracy.

Without giving too much away, Mr. Suicide as a character deserves the novel's title, even though he ostensibly has little to do with the narrative overall. However, every time I glance at the book cover, I get Nine Inch Nails' "Mr. Self-Destruct" stuck in my head, which actually contains lyrics appropriate for Cushing's story.

So, how about Mr. Self-Destruct.

The works of Jack Ketchum, cited by Cushing as a major influence, as well as anything by Clive Barker, and Jim Thompson's classic tale of criminal madness The Killer Inside Me.

Angry, dejected, off-putting and "chosen" by darkness itself to ascend via repugnant acts, our unnamed teenage boy fantasizes about killing his mother, gets off on images of handicapped people engaged in fetishistic acts, and walks around Louisville unwashed and unkempt.

Let's go ahead and typecast Iwan Rheon, best know as the sadistic bastard Ramsey Bolton on Game of Thrones.

I'd have to visit Louisville first.

It is a fascinating thing, to be there the exact moment a mind crosses the threshold from precarious stability to full-blown madness. You imagine it's like watching a butterfly emerge from a cocoon. The old, gray protective wrapping falls away to reveal the creature's true, colorful nature.

As Cushing states in her acknowledgements:

...I'm not sure this book would exist without Jack Ketchum and the late Richard Laymon. Laymon's books were the first to offer the simple (but important) assurance that it was okay to use deeply taboo words in fiction. Ketchum taught me that extreme horror need not trivialize or sensationalize its subject matter; that extreme horror is just another way of being honest with the reader about how the world (at its worst) really works.

Extreme and taboo are definitely two appropriate descriptors for Mr. Suicide. However, there are novels out there that out-gore and gross-out on every page. Cushing doesn't give us an all-out splatterfest, aiming more for a narrative that unsettles its readers psychologically, disarming them from time to time with bursts of graphic violence. She handles this more cerebral approach deftly; and yet, her pages still seem to bleed, or at least to writhe with rotten blood itching to get loose. And this blood can infect you. See, the novel is a first-person account written in second-person, creating a strange cognitive dissonance with the protagonist and his actions, projecting his sick existence onto the reader, absorbing us into his worldview and forcing us to not only see but feel, deep under our own skin, his personal world.

Mr. Suicide isn't notable for its prose, per se. At times the dialogue feels stilted and inorganic. Then again, one must consider the source of the narrative. It is easy to forget that ultimately it is the protagonist, more than a writer named Nicole Cushing, telling this tale. From a mind this diseased, from eyes that see the world as plastic, is it any wonder his telling comes off as askew and unreal?

Note: Purchasing information for Mr. Suicide is not yet available. Check back with Cushing's publisher Worde Horde for updates.