Your Brain On Jane: Scientists Prove Reading Is Good For You 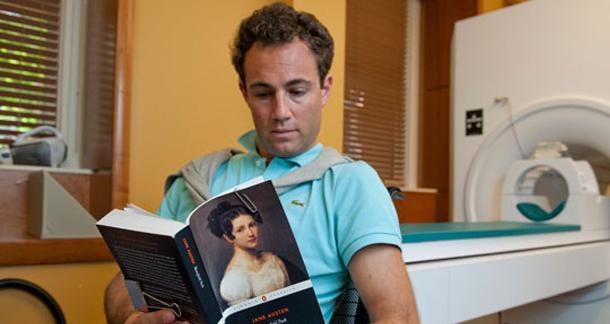 Reading is good for you.

Now before you say "no duh," scientists actually conducted some pretty cool research on the topic and found that critical reading and leisure reading constitute a “truly valuable exercise of people's brains."

Stanford researchers got a group of literary PhD candidates to read a Jane Austen novel inside of a functional magnetic resonance imaging (fMRI) machine. They were first asked to skim the book, and then read critically like they were preparing for an exam. After studying the patterns of blood flow in the subjects' brains, researchers found that critical, close reading requires a certain kind of complex cognitive function that we don’t usually employ—and both styles of reading initiate kinds of cognitive function that go beyond simple “work” and “play.”

The concept is pretty cool—just by asking the subjects to change their style of reading, they could drastically alter the patterns of neural activity and blood flow within their brains.