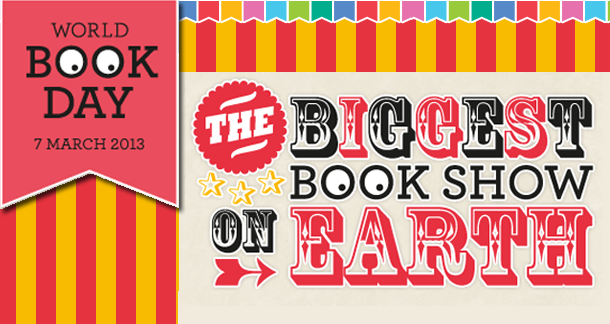 In addition to events in schools, libraries and bookshops around the country, many of which will see children dressing up as their favourite literary characters, World Book Day will be broadcasting a live hour-long event tomorrow from the Queen Elizabeth Hall in London, on the internet as well as at movie theaters across the UK.

Hosted by Tony Robinson (you may know him as Baldrick of Blackadder fame), the show, billed as the “Biggest Book Show on Earth” includes authors Anthony Horowitz, Lauren Child and Francesca Simon talking about writing and how to create stories, and Shirley Hughes talking about illustration.

Robinson told The Guardian: "The target this year is for three quarters of a million children. I'm just about to go and sit in a quiet place and start to think about what I'm going to say. It's the largest audience I've ever played to."

More than 550,000 children from over 75 countries have already registered and more are expected by the time the program starts. The move to broadcast it live to 40 cinemas across the UK is a new one which Kirsten Grant, WBD director, said was "exciting because I don't just want all the activity to be in London".

You, or a child you may know who would be interested, can register on the World Book Day website. The broadcast runs from 11.00am-12.00pm (GMT).