Will Poulter Cast as Pennywise in Stephen King's 'It' 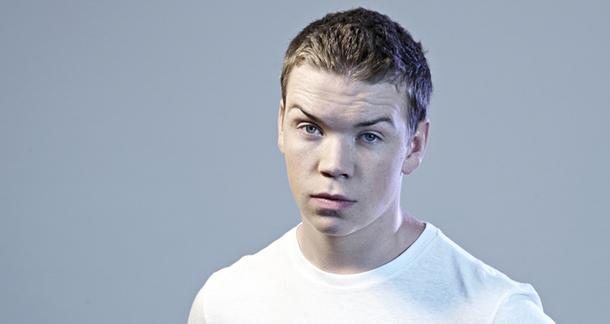 According to Variety, Will Poulter is in negotiations to play Pennywise in Cary Fukunaga's remake of Stephen King's It. The book will reportedly be split into two films, and Fukunaga has stated that while the script stays close to the book, it will be a much different film than the 1990 version starring Tim Curry.

Personally, I'm excited about this casting. Will Poulter is an extraordinary young actor. You may recognize him from films like Son of Rambow (2008), We're the Millers (2013), Plastic (2014), and the Maze Runner (2014). Fun fact: he was awarded the BAFTA Rising Star award in 2014, joining the ranks of James McAvoy, Eva Green, Tom Hardy, and Juno Temple. Not too shabby. Variety also reported that Fukunaga was "blown away" by Poulter's audition for the role and while they did audition older actors (such as Mark Rylance), Poulter was the right choice.

Like many, I am less than thrilled about Hollywood's penchant for remaking classics, but Fukunaga's It looks promising. Tim Curry was iconic as Pennywise and it would be foolish to try and replicate his twisted magic in the remake; casting a younger Pennywise adds another layer of creepiness to the role and is an excellent way to ensure that the new It feels like more than just a remake of a beloved horror classic.

What do you think about this casting? Are you excited for the film?

Joshua Chaplinsky from New York is reading a lot more during the quarantine May 6, 2015 - 6:59am

So young, but could be interesting. He's pasty enough. And Fukunaga's a good director.

I don't know - he looks too sweet and innocent to me. Perhaps he'd have been a better Georgie? (I know - too old for that - but the sweetness looks right...)

Joshua Chaplinsky from New York is reading a lot more during the quarantine May 6, 2015 - 8:17am

I dunno. He looks like a creepy face ginger to me.

He does have the right eyebrows...

I'm just super-stoked that there will be an actual remake. Pennywise was the movie back in -92 that determined what kid on the playground had any balls. I was seven, since I must've read the 1200 pagish book at least three times over.
The way I see it the only way this movie could fail to improve on the very impoverished script of the last verison would be if they involved someone like Johnny Depp or Michael Bay.

There is just so much wonderful details in the book to pick from that was never seen in the original movie, so it won't be about cinematic effects, a majority of the scripts will just be completely different.