Warner Bros. Planning A Prequel to 'The Shining' 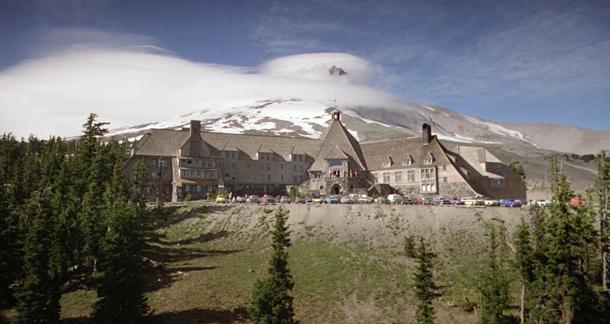 While Stephen King is set to publish a sequel to his 1977 novel The Shining, Warner Bros. has officially re-ignited production of a prequel based on an unused prologue from the book.

Plans to develop The Overlook Hotel were mentioned last year, but nothing much came of it. Now, the studio has hired Glenn Mazzara, former producer and show runner for The Walking Dead, SlashFilm reports. Production teams behind Shutter Island and Zodiac are also on board to produce.

A few months back, Entertainment Weekly spoke to King about Warner Bros.' plans. He was neither supportive nor dissuasive:

There was really scary stuff in that prologue that wouldn't make a bad movie. Am I eager to see that happen? No I am not...I'm not saying I would put a stop to the project, because I'm sort of a nice guy...I have a tendency to let people develop things. I'm always curious to see what will happen. But you know what? I would be just as happy if it didn't happen.

Will this prequel be scary, or any good for that matter? I guess your answer depends on how big a fan of The Walking Dead you are. Personally, I enjoy the show, even if some of the characters annoy the piss out of me at times. Also, given that The Overlook Hotel will be based on material written by King, this could end up being a decent movie. Let's hear your thoughts.

The chances that it might measure up to Kubrick's film are slim. So, no, not excited or intrigued this early into it.

I have a feeling this will be immensely stupid and pointless; they could just make a new movie rather than shoehorn a prequel.

@Andreia - If by "make a new movie" you mean make a new version of The Shining then I think they'd be on a hiding to nothing given the quality of Kubrick's version.

As for a prequel...I'd certainly be keen to see something that lived up to the Kubrick movie but that will be difficult to pull off.  Ultimately, would a duff prequel diminish the original?

I'd like to think that the movie was being made for the best reason artistically (that is to add to the original story) rather than as a grab for cash.

Anyway, I'm going to retain high hopes in the absence of information that indicates otherwise but then I am something of an optimist...!