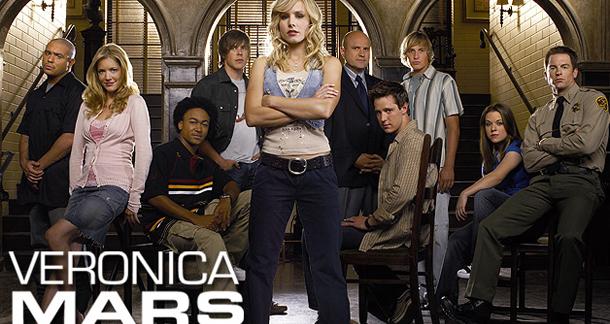 Fans of Veronica Mars, the cult TV show described by Stephen King as 'Nancy Drew meets Philip Marlowe,' are no doubt jumping for joy at the upcoming reunion movie, set for release sometime next year. Now comes word that the show will live on after the film as a series of novels. How high are you jumping now, fans?

Anne Messitte of Vintage Books announced today that the publisher will produce two books, the first of which will appear in Spring 2014. Here's more info from the press release:

The books will contain completely new stories, and will be stand-alone novels that will appeal to fans of the show, as well as general mystery readers. The plot of the first book in the series will begin where events of the upcoming “Veronica Mars” film end, and will feature an adult Veronica.

Series creator Rob Thomas, who also gave us Party Down and who began his career as a novelist (most notably the young adult title Rats Saw God), will write both books in the Veronica Mars series. "I'm thrilled that I'm going to get the opportunity to continue telling Veronica Mars stories in a form I've loved and missed," Thomas said.

No word on whether more books will follow the initial two, but given the popularity of the show, it wouldn't surprise me if the series continued indefinitely.

Any Mars fans here? Are you pumped?