Unpublished Capote Story to Appear in Print For the First Time 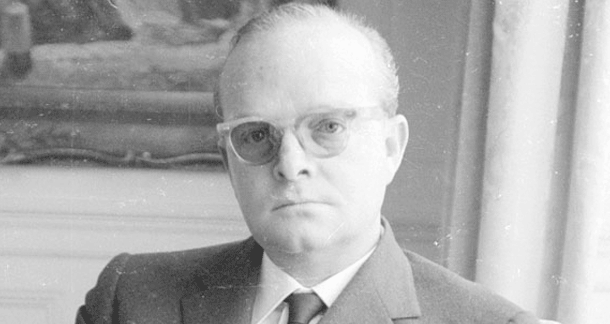 A six page story by Truman Capote entitles “Yachts and Things” was found in the Manuscripts and Archives Division of the New York Public Library and is believed to be part of his unfinished novel, Answered Prayers. Although a work of fiction, the novel was obviously based on a number of the socialites Truman knew over the years.

Originally published in 1987, Capote had apparently started calling the novel his “posthumous novel”. Famously, he said on the Dick Cavett Show in 1971:

“Yachts and Things”, according to Galleycat is "about two friends about to take 'an idyllic three-week cruise in the Mediterranean aboard a friend’s chartered yacht.'”

The contributing editor who found the manuscript says the main character may be a “veiled representation of Katherine Graham”, publisher of The Washington Post at the time.

The original review for Answered Prayers in the New York Times wasn’t kind at all, suggesting Capote should have just written a best-selling non-fiction book and left it at that. I don’t know - while fragments like this often shed light on the process of writing, they don’t always tell us much else.

I always love to read such stories. It wasn't like a boaring non-fictional book. It is a book of full of interesting stories. RTA Cabinets