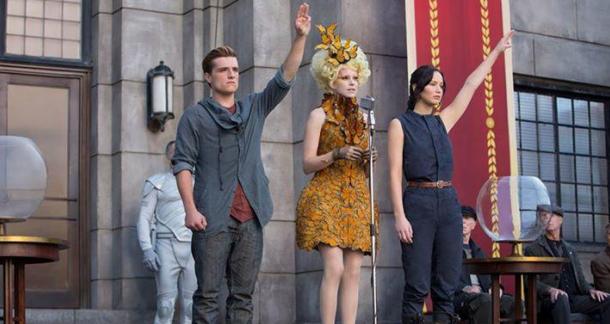 The Hunger Games: Catching Fire" looks better than "The Hunger Games" (the visual effects, in particular, are stronger), Jennifer Lawrence is fierce and perfect as always, and director Francis Lawrence seems to have been a fine choice to replace Gary Ross.

You can now see the video online, and I think it’s pretty good. They’ve done a great job of capturing the feeling of the books. The movie is out on November 22nd — so you’ll still have to wait, but still… The movie has all the stars from the last one, including Philip Seymour Hoffman, Lenny Kravitz and Donald Sutherland in a role that seems written for him.

Go on, watch it now.

It looks wonderful. The first one was a wonderful adaptation, and this one seems like it will be equally as good as the first.

I'm excited for this.  I was surprised how much I enjoyed reading the books and I think the first movie was a fair adaptation.  The social commentary wasn't as strong, but I feel like it's being played up a bit more in this one, of I hope it will be anyway.