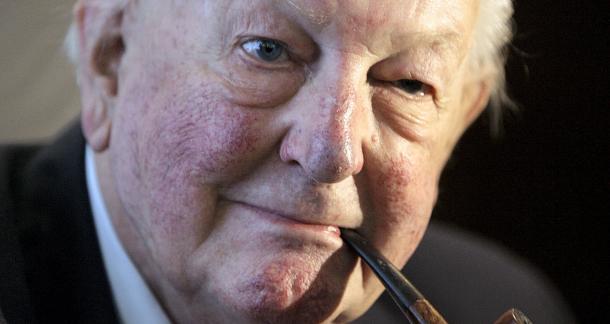 English novelist Tom Sharpe, know for Porterhouse Blue and the Wilt series, is probably rolling in his (actual) grave right now after hearing of the scandal surrounding his ashes.

Dr. Montserrat Verdaguer, Sharpe’s partner of 10 years, has been fined by a church court for the unofficial burial of his ashes at St. Aidan’s in Throckington, England, reports The Guardian.

Some time after Sharpe’s death in 2013, Verdaguer reportedly dug a hole in the churchyard with her bare hands and proceeded to bury a bottle of Famous Grouse Whiskey, a Cuban cigar, and Sharpe’s favorite fountain pen, along with a small bag of the writer’s remains. The court heard testimony that Verdaguer performed the impromptu funeral after finding documents in which the author wrote of his wish to be returned to where his late father, Reverend George Sharpe, had been a preacher and was eventually buried.

Sharpe’s remains have since been exhumed due to lack of permission from church authorities. Let’s hope the matter is resolved quickly and the author’s ashes—along with his whiskey, cigar, and pen—can be laid to rest once again.