The Winner of the Writer’s Digest 82nd Annual Writing Competition Is... Our Very Own Dan J. Fiore! 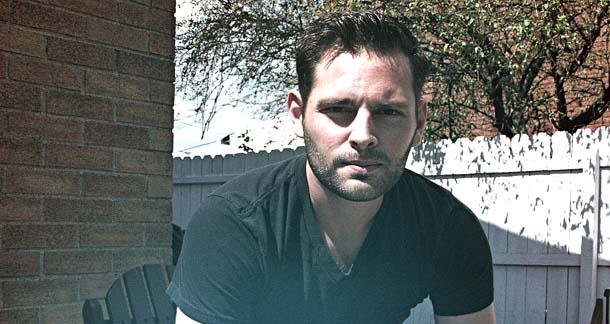 Dan J. Fiore is the grand prize of Writer’s Digest’s 82nd Annual Writing Competition, for his short "Masks"—a story that he workshopped right here at LitReactor!

As you can imagine, we're thrilled. Not as thrilled as him, probably—the win comes with a $3,000 prize, a trip to New York City, and publication in a collection of the competition's top stories. Plus, the prestige of winning a huge, national competition.

Dan (a.k.a. fioreous) is a freelance writer from Pittsburgh, where he lives with his girlfriend Molly and dog Boyd. He was awarded the Pittsburgh Filmmakers Institute’s First Works Grant in 2009, and he has a BA in English Writing from the University of Pittsburgh. "Masks" is a sparse, gripping short with a fantastic twisting structure. You can read it right here.

To celebrate the win, we posed a couple of questions to Dan about the story, the award, and what's coming next...

What was the inspiration for this short?

It started as just a single sentence, something that popped into my head and seemed like a good starting point for a story. It’s actually a sentence that ended up getting cut from the story all together. But I rolled with it, just taking it word by word after that and seeing what unraveled. I’m sure different stories I’ve read in the paper or heard about—most happening somewhere around where I grew up (rural Pennsylvania) – informed a lot of the story subconsciously.

But once I had a handle on who the characters were and what they wanted, I sort of just let them guide me where to go, which is usually something I’m not very good at.

Where were you when you found out you won, and how did you react?

There’s no question I wouldn’t have even come close to winning this competition without the help of readers like Coverwriter, R. Moon, Sound, and many more.

I was at home, about to start my day, just making some coffee. It was two weeks after I’d left my full-time copywriting job to pursue a freelance writing career and was sort of feeling wary of the decision. The call came, they told me I’d won, I hung up, and for a few minutes I just sat there and wondered if they had really just said what I thought they had said.

But eventually I went upstairs, told my girlfriend, called my family, and called my friend Dan in Florida who helped me with the first few edits. For a few days I kept thinking they’d call back to tell me they called the wrong person because I never expected a little noir story like this to land the grand prize.

What kind of feedback did you get in the workshop, and how did it help?

I got a lot of feedback in the workshop, all of which was really great. The most helpful comments I received were general questions and issues with the story and characters. I’d gotten to a point where I was way too close to the thing, having written probably five or six drafts of the story. I didn’t have any clue what was working and what wasn’t. There was the story as I saw it in my head and then there was the story that was actually on the page.

I had edited it pretty hard, trying to understate a lot in the story. I wanted to let the reader fill in the gaps and connect the dots, but the workshop made me see I went way too far and cut out so much important detail that no one really understood the big twist of the story (mostly because I hadn’t made a point of showing the twist, which was admittedly pretty stupid). From everyone’s comments, I could figure out what details and beats I was missing, or what was there that didn’t make sense. I was really able to look at the story with fresh eyes and realize what failed to make an impact.

There’s no question I wouldn’t have even come close to winning this competition without the help of readers like Coverwriter, R. Moon (a fellow Pittsburgher), Sound, and many more. The fact that everyone in the workshop takes their critiques seriously and puts time and effort into helping each other is such an amazing and unexpected thrill. I’ve tried joining a few other workshops over the years to different degrees of success or disappointment and this is actually by far the most helpful, supportive and understanding community I’ve been lucky enough to be involved with. I’m pretty disappointed that I haven’t been able to participate in the workshop more the past couple of months.

After I finished this story, I went to work on a first draft of a novel I’ve been wanting to write for years. Unfortunately, that took up most of my free time and I haven’t been able to work on any more shorts until just recently. So hopefully I can start posting more (and certainly reading more) in the next few weeks and months.

What's next for you? Anything you're working on?

I’m really hoping to publish more short stories. That’s my biggest goal right now. I just want to write and learn and keep getting better. I’m working on a few short stories right now and actually have one in the workshop called "Cindy". It’s a spectacular mess, so hopefully I can get some more feedback on that one. I’m also wandering through the first draft of a story that seems like it might end up being a novella at some point. I’m anxious to see how that ends up. Plus, there’s that draft of my novel sitting there staring at me, waiting for me to come back to it and do a second draft.

Overall, I’ve got a lot of plates spinning right now but I’m excited to see where things lead.

How a Community and a War Spawned a Collection

Joshua Chaplinsky from New York is reading a lot more during the quarantine October 9, 2013 - 10:17am

AND he's handsome. Screw this guy.

Just kidding. Way to go, Dan! This is a big deal for us, too.

Amazing! Congratulations and many, many best wishes for future successes!!

wow, how exciting. congratulations, that's something to be very proud of, for sure. way to go.

edsikov from New York by way of Natrona Hts PA is reading absolutely nothing October 9, 2013 - 11:28am

My god, that ending. Holy shit.

Thanks, everyone! I really appreciate all the kind words and wishes! Couldn't have done this without LitReactor (and the LitReactor community) for sure.

Really liked this story. I wish short stories were as popular as the novel. You'd think with our ever decresing attention spans that that would be the case.

Also, is "that that" okay to having in your writing? We say it all the time, but it looks a little awkward when viewed on the page.