'The Dark Tower' Movie Is Definitely, Really, Totally A Thing 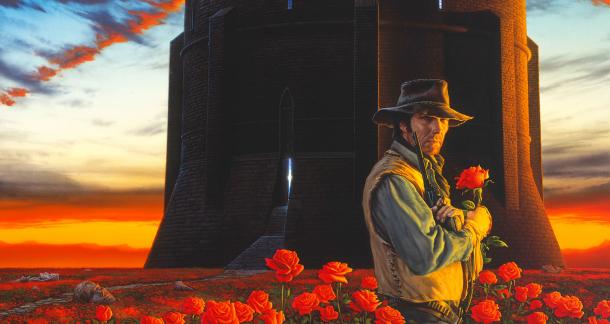 Stephen King's Dark Tower series is being made into a film. For real this time.

Here's what we know:

Filming begins in 7 weeks in South Africa. The film is slated to show up in theaters January 13th, 2017. That means we'll see gunslinging before we see Fifty Shades Darker, Bad Boys III, and the upcoming Baywatch release.

Nikolaj Arcel (2009's The Girl With the Dragon Tattoo and 2012's A Royal Affair) is directing, and co-writing the movie.

Idris Elba has been cast as Roland Deschain of Gilead(!)

For me, it just clicked. He’s such a formidable man. I had to go to Idris and tell him my vision for the entire journey with Roland and the ka-tet. We discussed, who is this character? What’s he about? What’s his quest? What’s his psychology? We tried to figure out if we saw the same guy. And we absolutely had all the same ideas and thoughts. He had a unique vision for who Roland would be.

For me the character is still the character. It’s almost a Sergio Leone character, like ‘the man with no name’...He can be white or black, it makes no difference to me. I think it opens all kind of exciting possibilities for the backstory.

Meanwhile, Matthew McConaughey has been cast as The Man In Black. Delight in the Tweets! 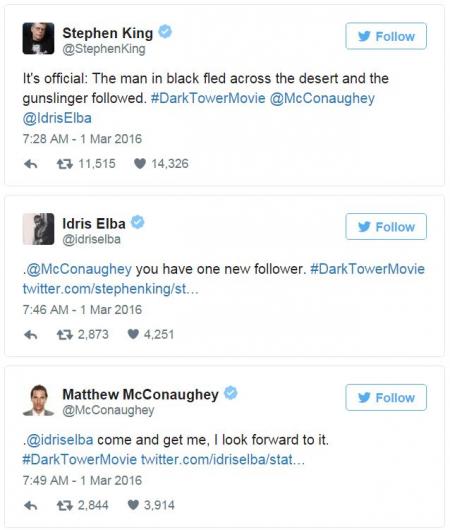 The man in black fled across the desert, and the gunslinger followed.