The Bookshots Baby is 100 Books Old! 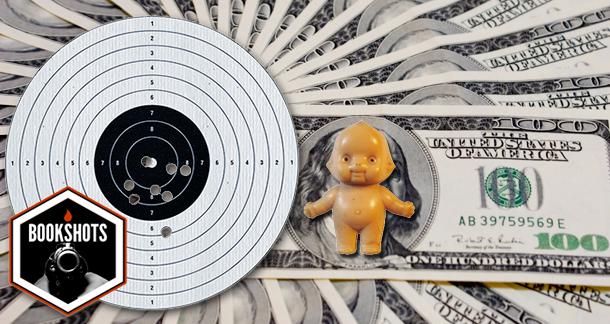 They grow up so fast, don’t they?

One moment the Bookshots baby was chortling in his crib, the next he’s using a fake ID to buy cheap whisky and feeling up the babysitter. Back in September 2013, we launched with The Thicket by Joe Lansdale: Reads like something in between a wet dream and a nightmare, we said. Now here we are, 99 reviews later, with…wait for it…Cold in July by Joe Lansdale: A book you will read fast and think over slowly. And if that makes it seem like we have a huge hard-on for Lansdale (which we do), let’s not overlook the other authors whose work we’ve covered – 98 of them, more if you count the anthologies. As a proud mama, I send thanks to all the reviewers who have read and written about what they have read. I call that not bad for five months work.

And since we’re doing numbers, the stats say we covered 61 books by male authors (or editors) and 38 by women. I’d like that to change, but would note that so far the only authors who have approached me for reviews of their work are men. Not everyone who wants a Bookshots review gets one, but ladies, does it hurt to ask?

What will baby do next? Who knows? I hope the Bookshots baby gets a diet of surprising, entertaining and challenging literature. But as an experienced parent I know the one thing your kids will always do is the last thing you expect.

This is a wonderful column! Thank you to everyone that took the time to write a review. I hope we see Bookshots hit the 500 review mark. Hell, maybe even 100.

All hail Bookshots, which justifies me begging publishers for free books!

Very hit and miss for me, but the concept is great and I've found some great books through the series, so keep at it

Got to say that Josh always manages to find the coolest new releases. It's his superpower.