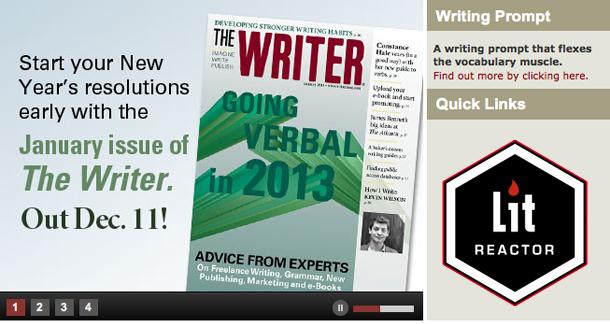 It's a good thing, too, because LitReactor is featured in this month's Take Note section, courtesy of Danica Davidson. I haven't seen the piece yet, so I don't know if it is three pages or three words (probably closer to the latter), but this is exciting news nonetheless. Head over to your local newsstand (if it still exists), pick up a copy, and let us know what you think.