Sergio De La Pava Does Not Live In Brooklyn 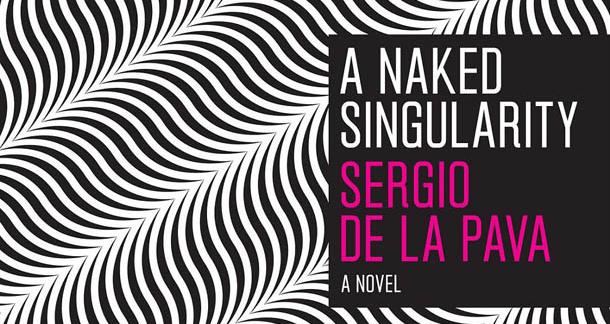 In May, The University of Chicago Press will release Sergio De La Pava's novel, A Naked Singularity. (The cover of which, pictured above, is giving me a headache.)

This is the author bio on the advance copy's book jacket.

Sergio De La Pava is a writer who does not live in Brooklyn.

The joke may not make a whole lot of sense if you don't live in New York City, but here's the gist: Brooklyn is considered to be some sort of Literary Mecca. A lot of contemporary heavy-hitters make their home there (Jonathan Safran Foer, Paul Auster, Colson Whitehead, Jonathan Ames, just to name a few), to the point where people are moving to Brooklyn because they think it'll make them write better, or something.

At the same time the borough is becoming a parody of itself. For example: artisanal pencil sharpening. This is the heart and soul of the new Brooklyn, ladies and gentlemen.

Whitehead wrote a very funny essay about "Brooklyn as a literary destination" for The New York Times:

As you may have heard, all the writers are in Brooklyn these days. It’s the place to be. You’re simply not a writer if you don’t live here. Google “brooklyn writer” and you’ll get, Did you mean: the future of literature as we know it? People are coming in from all over. In fact, the physical act of moving your possessions from Manhattan to Brooklyn is now the equivalent of a two-year M.F.A. program. When you get to the other side, they hand you three Moleskine notebooks and a copy of “Blogging for Dummies.”

Anyway, I know a guy who moved to Paris for a few weeks to write because he thought it would inspire him. Do you think it matters where you live? Is writing in Paris or Brooklyn going to inspire better work than if you live in, say, Duluth?

Tell us what you think in the comments.

Changing location might not make you write better but it may prove to be a basket of new ideas. Meeting new people, seeing new places. Even changing the environment might give a placebo boost to your writing. Other than that, I don't think a certain city can have influence on the quality of an author's texts.

Brooklyn rocks, but it's not the center of the universe.

Rachel Harris from Cumberland Basin is reading mindless fluff (god, its so hard to get through, ugh) February 14, 2012 - 5:07pm

laugh my ever livin ass off... it matters as much where you live as much as it does the brain you have, or don't...

if you are a true observer of human nature it doesn't matter where you are.

thanks for the laugh:)

A Naked Singularity must be some sort of interactive book - if you hope to read it first you must either put another cover over it or rip that cover off.

I, too, do not live in Brooklyn. Or Paris. Or Portland.

This happened with bands but that at least makes a little sense. Get in the scene, get seen, lots of places to play, lots of bloggers, blah blah.

I don't know, maybe being around a bunch of other writers would give some people an increased sense of validation, a constant reminder that other people (ostensibly) value what they're doing. I don't think I'd benefit from it.

"The use of travelling is to regulate imagination by reality, and instead of thinking how things may be, to see them as they are." - Aldous Huxley

"One of the gladdest moments of human life, methinks, is the departure upon a distant journey into unknown lands. Shaking off with one mighty effort the fetters of habit, the leaden weight of routine, the cloak of many cares and the slavery of home, man feels once more happy." - Bill Bryson

"The journey not the arrival matters." - Albert Einstein

It's probably foolish to move somewhere thinking that it would solve all problems due to lack of creativity. It's probably even more foolish to believe a change of scenery and perspective wouldn't, at the very least, open your eyes and wake you up as a person. This planet is massive and there's such an incredible amount of variety, from people to nature. Traveling should be mandatory for any artist.