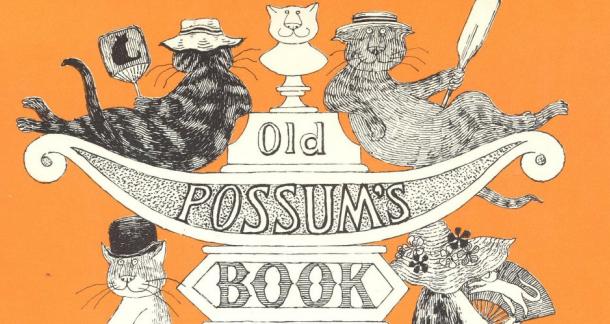 There is only one thing writers love more than their craft, and that’s the furry companions that help inspire them. Perhaps this is part of what influenced T.S. Eliot to write Old Possum’s Book of Practical Cats in the first place. Can’t get enough of the author’s colorful odes dedicated to the feline persuasion? After the recent discovery of an additional poem, readers can now add "Gourmet Cat" Cumberleylaude to the menagerie found in the original book, reports The Guardian.

The poem was included in written correspondence between the classic author and his friend Anthony Laude, and the letter was rediscovered after the latter’s death and sold on eBay in 2006. Released to the public for the first time this week, Cumberleylaude joins the ranks of Macavity, Mr. Mistoffelees, and the Rum Tum Tugger, and will be included in a new edition of Eliot’s writings, to be published soon by Faber & Faber.

According to The Guardian, Cumberleylaude enjoys “salmon, duck, or expensive French wines,” and was introduced in Eliot’s letter as “Cumberley, a particularly fastidious eater without a doubt, but a dignified and beautiful cat [whose] character struck me so forcefully that I felt I had to write a few words in honor of him.”