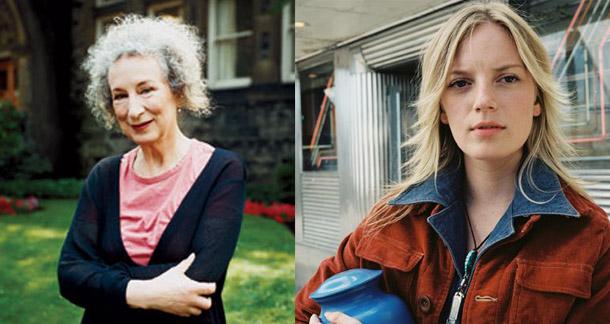 To be fair, Polley has done other things besides be in a pretty okay zombie movie. She's directed two feature films, Away from Her (which hit theaters in 2006 and earned her an Oscar nod for Best Adapted Screenplay) and Take This Waltz (which is getting positive reviews on the festival circuit).

Here's a bit about the novel, from Amazon:

In 1843, a 16-year-old Canadian housemaid named Grace Marks was tried for the murder of her employer and his mistress. The sensationalistic trial made headlines throughout the world, and the jury delivered a guilty verdict. Yet opinion remained fiercely divided about Marks--was she a spurned woman who had taken out her rage on two innocent victims, or was she an unwilling victim herself, caught up in a crime she was too young to understand? Such doubts persuaded the judges to commute her sentence to life imprisonment, and Marks spent the next 30 years in an assortment of jails and asylums, where she was often exhibited as a star attraction. In Alias Grace, Margaret Atwood reconstructs Marks's story in fictional form.

Oh hey, and Polley is Canadian! So that'll help, I guess.

You know the drill, LitReactors. Read the book? Seen either of these movies? Tell us about them in the comments.

Alias Grace has to be my favorite Atwood.  I'm not sure a movie can do justice to the non-linear unfolding of the mystery, but the core story is uncluttered enough to jump medium.  It will be a great role for a young actress.  And, hey, any movie with long chunks set in a women's prison where a doctor has the (requited) hots for one of the inmates has to be worth checking out, right?

Joshua Chaplinsky from New York is reading a lot more during the quarantine January 6, 2012 - 11:51am

Other than Blind Assassin, which I really liked, I've only read her "speculative" stuff. But this seems like a good next step.