Salman Rushdie Pulls Out Of Literary Festival Over Death Threat 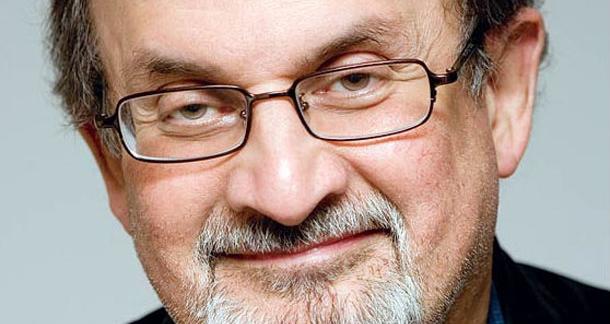 It seems as though Salman Rushdie just can't get out from under the shadow of that fatwa. The acclaimed author recently pulled out of a literary festival in India after authorities discovered a death threat against him.

Rushdie was scheduled to appear at the Jaipur Literature Festival in the capital of the state of Rajasthan. But two weeks prior to the event, a cleric and Islamic groups began a campaign to stop him from attending, charging that his most famous book, The Satanic Versus, was offensive to Muslims. Authorities consequently uncovered a death threat.

Or did they? Rushdie tweeted this out two days ago:

'Rajasthan police invented plot to keep away Rushdie' I've investigated, & believe that I was indeed lied to. I am outraged and very angry.

Maybe the authorities heard something and blew it out of proportion? But better safe than sorry, right?

Iranian religious leader Ayatollah Ruohollah Khomenini decreed a fatwa against Rushdie in 1988, after the publication of The Satanic Verses. It caused the author to go into hiding. Everyone seems to have chilled out a bit since then (Rushdie didn't seem too worried when I saw him read at the Union Square Barnes & Noble a few years ago), but extremists have long memories.

Should Some Books Be Banned?

Terrible that this is STILL is a problem.  What happened to free speech?

Rushdie is such a drama queen.  If you can't take a bullet for your book, what can you take a bullet for?  Just wear a helmet and a bulletproof vest or read in one of those Popemobile things.