Royalties For Authors In The Kindle Lending Library Up 449 Percent 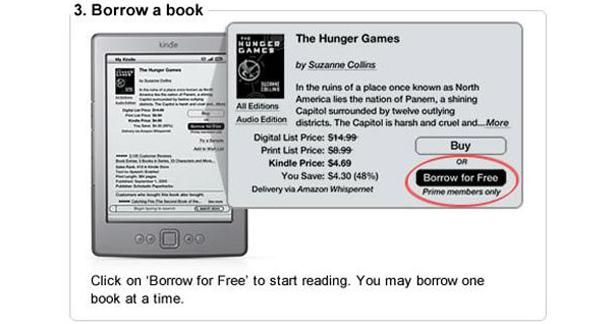 The Kindle Lending Library, which Amazon launched back in November, is proving to be a boon for writers.

Mystery writer Carolyn McCray earned $8,250 in December for allowing her eBooks to be checked out from the library. This means participating in the program has allowed her to quadruple her royalties.

Amazon is reporting that the top ten Kindle Direct Publishing (KDP) Select authors earned more than $70,000 in December for participating in the library.

More from Galleycat (emphasis mine):

According to Amazon, this is a 30% increase on top of the royalties that these authors have already earned from paid sales on these titles in the same period. The royalties for these authors grew 449% month-over-month from November to December.

The library is a perk for members of Amazon Prime. Said members can rent up to one book per month, with no due date. You can only read books on Kindle devices (so it won't work on the iPad's Kindle app), and when you rent a new book, the last one disappears (though notes and highlighting are saved).

Amazon has been giving away $500,000 a month to authors whose books have been checked out, and due to the success of the program, will increase the fund to $700,000.

70 something a year for amazon prime though...

That is an expensive library. But I suppose Netflix doesn't let you rent books either.

Some titles are unavailable, and there's a wait period for particularly popular titles (just got 1Q84 today after putting a hold on it back in December), but checking out library books on the Kindle works just fine for me.

Joshua Chaplinsky from New York is reading a lot more during the quarantine January 13, 2012 - 1:27pm

Power to the authors.