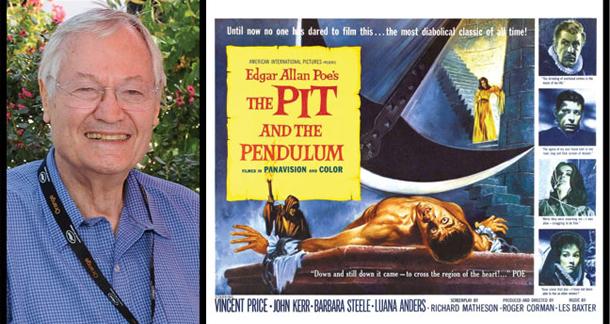 I can't find hard evidence of this, but I'm fairly certain there's an old Hollywood adage that goes, roughly, "If you want to make a hit movie, adapt a book." There's logic behind this, particularly if the novel in question or its author is famous.

B-movie king Roger Corman subscribed to this notion, and it certainly payed off. Between 1959 and 1964, he produced and directed a series of Edgar Allan Poe adaptations, all but one starring the infinitely entertaining Vincent Price, most penned by Richard Matheson. While the films often strayed considerably from the source material, that macabre and humorous, heady and mildly melodramatic Poe flair remained intact. Stylish sets and costumes, excellent cinematography, and engaging stories-- these films are definitely worth a look if you've never seen them.

Of course, nowadays, the Hollywood model for success is, "Remake, Remake, REMAKE!" This way of thinking is similar to the book adaptation notion: if a movie was successful before, it can be repackaged for a new audience and be successful again. Now Corman seems to have jumped on this bandwagon too, as The Hollywood Reporter revealed he plans to remake all eight Poe films by 2017, with The House of Usher slated for a 2013 release.

Corman plans only to produce the films this time around. No word on any potential directors, though he has enlisted screenwriter Mike MacLean, writer of Sharktopus and Pirahnaconda, to handle the new Usher script.

In keeping with both Poe and the original film's style, Corman promises a lack of gore and nudity, both of which are prevalent in modern horror films. He does, however, show an interest in other popular filmmaking devices. "Now being able to do them in 3D and with a lot of computer graphics," he says, "we can do things we never dreamed of doing before."

Replacing Vincent Price is a big concern for Corman, hoping to find an actor who can offer the same "sensitivity and neuroticism that Vincent was able to bring.”

The new films could either be really fun and entertaining, mildly amusing, or downright terrible. If the talent involved, Corman included, remain dedicated to and engaged with the material, one of the first two outcomes is a guarantee.

Who else has seen the original films? Any favorites (mine's The Masque of Red Death)?  Who thinks these remakes are a good idea?

Image via the Hollywood Reporter

I would not be against Bill Hader chanelling Vincent Price in these films...

I haven't seen everything in the Corman-Poe cycle, but I do have very fond memories of The Raven, featuring Peter Lorre and Boris Karloff in addition to mainstay Price. And Price is the main reason I'm against this idea. For me, no Price equals no Poe.