Richard Matheson's 'I Am Legend' Named Vampire Novel Of The Century 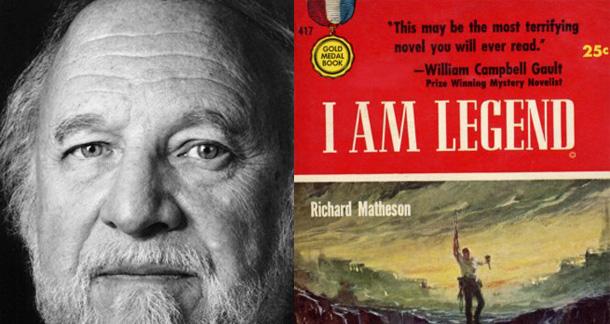 Richard Matheson's I Am Legend, the story of a lone human surviving a world overrun by vampires, has been named the Vampire Novel of the Century by the Horror Writers Association.

The award was created in conjunction with the Stoker family estate, to mark the 100-year anniversary of Dracula creator Bram Stoker's death. Some of the other books in contention for the prize were Stephen King's Salem's Lot and Anne Rice's Interview with a Vampire.

Matheson, who is 86 and was unable to travel to accept the award, issued an acceptance video, in which he said:

"I am certainly honoured and delighted that you have chosen I Am Legend as the vampire novel of the century, which is a rather dubious but interesting distinction. When I was a teenager I went to see Dracula with Bela Lugosi and at that time, even as a teenager, the thought occurred to me that if one vampire is scary, what if all the world were full of vampires?"

I Am Legend is a great vampire novel, and also one of my favorite books ever. Don't judge it on the 2007 Will Smith movie (the first half of which is amazing, the second half of which is an embarrassment to the source material). Nor should you judge it on the other three film adaptations, which are all pretty dodgy. This is a great book, and very deserving of the award--it's a very cool, scientific deconstruction of the vampire mythos, with a noir-ish slant.

Also, Badass Digest recently did a very cool piece on Matheson. He's an interesting guy. All your favorite episodes of The Twilight Zone? Probably written by him.

Anyone else share my abject love for this book? Or do you think there was a better vampire novel that should have been picked? Let's discuss!

SGJ from Midland, Texas (but in Boulder, Colorado, now) is reading weird fiction and horror fiction and science fiction and literary fiction and innovative fiction, or maybe a romance or a western or a magazine on bowhunting or show trucks or anthropology April 5, 2012 - 10:11am

I do so love it, yes. and, I was there for that ceremony. was so, so cool seeing Matheson on-screen, talking. and hearing Alan Moore's acceptance speech read. and seeing Lansdale and McCammon on stage together.

Joshua Chaplinsky from New York is reading a lot more during the quarantine April 6, 2012 - 6:45am

This has been on my to-read list for a looooooooong time.

Class Director
Rob from New York City is reading at a fast enough pace it would be cumbersome to update this April 6, 2012 - 8:01am

You need to do it, Josh. I don't do a lot of re-reading these days--too many books to read for the first time--but this is one I'll revisit from time to time.

Any person who loves vampire or zombie fiction should read this.  It is amazing how it still holds it's own over time.  I am glad to hear he is getting the kudos he deserves. 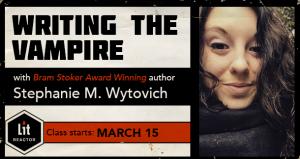