Professor of English Calls on the Grammar Police to Relax 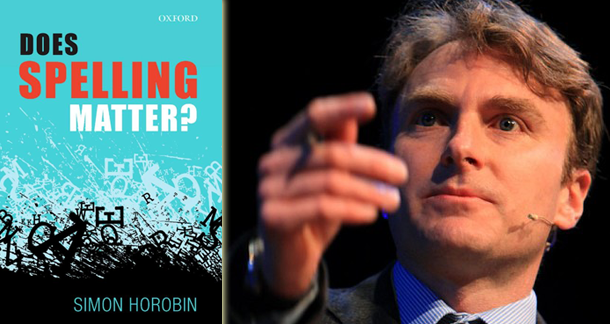 Rebels. There’s always one or two among us. But you don’t expect to find one teaching at Oxford University these days. It’s the Hay Literary Festival this week, an annual literature festival held in a small village in Wales called Hay-on-Wye. Called “the town of books”, each year people from all over the world come to discuss books, see authors speak and immerse themselves in culture.

This year, one of the speakers has caused some controversy by calling on the “grammar police to relax over misspellings and the incorrect use of apostrophes.” And even worse, Simon Horobin is a professor of English at Magdalen College, Oxford. All this anarchist talk

prompted an audible gasp from the crowd as he suggested that the spellings of “they’re”, “their” and “there” could be standardised, and insisted that “spelling is not a reliable indication of intelligence.

Is the man mad? This could get him lynched in a place like Hay-on-Wye, especially during the festival. I suppose it’s also no surprise that he’s written a book (which he was there to promote, of course) called Does Spelling Matter? Well, does it? According to the good professor standard spellings of words are a fairly recent invention.

People like to artificially constrain language change. For some reason we think spelling should be entirely fixed and never changed. I am not saying we should just spell freely. But sometimes we have to accept spellings change.

So this is going to set the cat amongst the pigeons and get the grammar fascists foaming at the mouth, no doubt. Lynne Truss, author a notable book on bad grammar called Eats, Shoots and Leaves, has gone so far as to say “that people who mixed up ‘its’ and ‘it’s’ deserved to be struck by lightning, hacked up on the spot and buried in an unmarked grave”.

What a complete and ignorant moron.  So - spelling should be relegated to "close enough for a cigar"?

"sometimes we have to accept spellings change." Sure, through > thru, standardised > standardized... but what he's suggesting is not a spelling change, it's an acceptance of misspelling. “they’re”, “their” and “there” are three completely different words, not variations in spelling.

If they're, their, and there were all spelled the same you could most likely very easily tell the meaning from context.

There over there in there car.

Their over their in their car.

They're over they're in they're car.

Which do you prefer? :-P

Dwayne from Cincinnati, Ohio (suburbs) is reading books that rotate to often to keep this updated May 31, 2013 - 5:30am

I just wish the grammar police would learn the rules of English before they start going on about them.