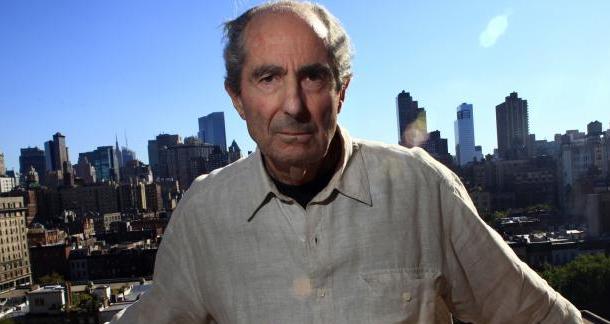 After an announcement last year that he'd retired from novel-writing, and after declaring a reading last week would be his last, Philip Roth made a third, and very final-sounding announcement this week after an interview for a BBC documentary:

It would seem Roth is retiring his career one piece at a time, starting with the writing, then the readings, and finally public appearances. Most recently he's been working with his biographer, Blake Bailey, handing over a great deal of his personal papers and even sending a pretty in-depth commentary on the work thus far.

Roth's first big success was Portnoy's Complaint, and if you've ever wanted to read capital-L literature while also discovering the merits of object-aided self-love, including an American Pie precursor involving a piece of liver, then Portnoy's Complaint is the book for you.

Roth presents an interesting figure. He's won the Pulitzer once, the National Book Award twice,  and the PEN/Faulkner Award three times. Yet it would seem he didn't hold much back. As one Newsweek writer put it:

As for the biography, it's due out in 2022, and Roth has expressed that he doesn't think it's likely he'll live that long. To tide you over, check out LitReactor's Philip Roth Primer.

As for what Roth plans to do in the meantime:

I set out upon the great task of doing nothing. I've had a very good time over the last three or four years.

I don't know how I feel about Roth.. Portnoy's Complaint was funny (at times) but kinda endearing... The Plot Against America i didn't like, but American Pastoral has amazing writing.

The documentary was quite honest and revealing. I'm looking forward to part two next week.