Oyster eBook Service Shuts Down, Future of eBooks In Question 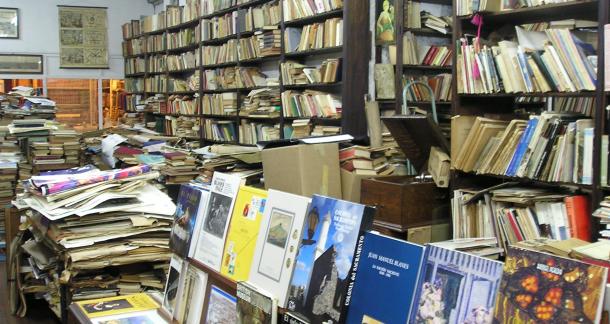 Oyster, the company billed as the Netflix of eBooks, is shutting down its service over the next few months.

The service started two years ago. For a subscription fee, readers had access to an all-you-can-read buffet of titles. What really set Oyster apart from Amazon Prime was its access to the big 5 publishers: Hachette, HarperCollins, Macmillan, Penguin Random House, and Simon & Schuster.

The question of why hangs heavy. Many of the top people at Oyster have announced they're moving over to Google to work on the Google Play Store, so that might be the simplest explanation. There's also the question of the company's profitability. As a column in Wired pointed out, the service model at Oyster seemed to operate such that they made more money when readers used the service less. Ideally, they would have a large number of subscribers paying for the service who weren't actually using it, and in that case, success could have been the downfall for the company.

There is, however, the question about the eBook market as a whole.

While it was predicted that 2015 would see the end of print, eBook sales flattened out, accounting for about 20% of book sales for the last few years. And now, eBook sales are down 10% in the first five months of this year. Dedicated eReader sales also took a plunge, most of that business moving over to smartphones.

And indeed, print is stepping in to fill the void. Brick and mortar bookstores have increased in numbers in the last five years. Hachette, Simon & Schuster, and Penguin, have all put large sums of money into improving their warehouses and shipping of print materials. Smarter ordering and restocking methods mean the publishers can fulfill the needs without dealing with large numbers of returned orders.

Perhaps most interesting, Book People, an independent bookstore in Austin, TX, reported that sales are up 11% over last year, which makes 2015 the store's most profitable year ever.

Perhaps eBook sales will swing upward again. Perhaps prices that are more competitive with print will bring readers over to the digital side. And it's also possible that readers who find their books digitally are reading a larger quantity of inexpensive, self-published titles, which would mean that while eBook sales figures are down, there is still a lot of reading happening on screens.

Regardless, so long, Oyster, and thanks for all the pearls.

I certainly don't think this is the decline of ebooks. For me, it looks like oyster is pivoting as the CEO and brainstrust of Oyster have been hired by google:http://recode.net/2015/09/21/oyster-books-shuts-down-team-heads-to-google/

If anything, google may become the competitor to Amazon that we need. The ebook market desperately needs competition.