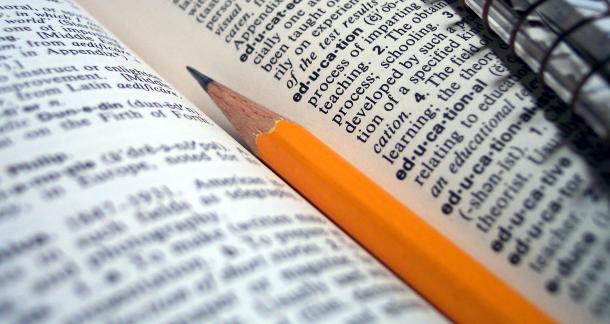 Oxford Dictionaries will be reviewing the example sentence for the adjective “rabid” after it was outed for its sexist wording, reports The Guardian.

Canadian anthropologist Michael Oman-Reagan was the first person to scold Oxford for their description, “rabid feminist,” as an example for the word “rabid.” Oman-Reagan tweeted at the publisher with a suggestion to alter the phrasing. Oxford originally responded dismissively, stating in its reply, “If only there were a word to describe how strongly you felt about feminism …” then went on to say that, “Our point is that ‘rabid’ isn’t necessarily a negative adjective, and that example sentence needn’t be negative either … our example sentences come from real-world use and aren’t definitions.”

Being a rabid feminist isn’t the only instance of language that could be considered sexist, either. Apparently words like “shrill,” “psyche,” “grating,” and “nagging” are all linked to female stereotypes, such as “a nagging wife,” or “I will never really fathom the female psyche.” The examples for the words “housework” and “nurse” are portrayed using a female role, while “research” and “doctor” use the male pronoun.

Oman-Reagan pointed out later, “… Oxford Dictionary says in the usage example for ‘sexism’: ‘sexism in language is an offensive reminder of the way culture sees women.’”

What do those in the LitReactorVerse think? Should Oxford overhaul its dictionary examples, or is the wording fine the way it is?