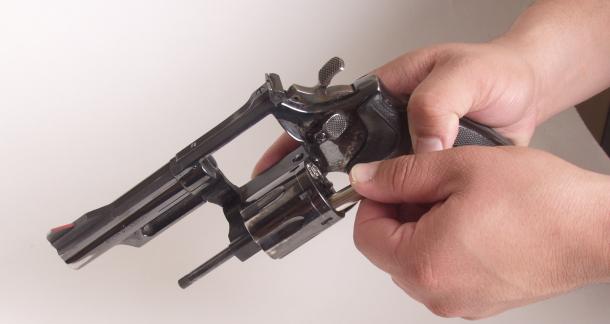 Texas recently loosened gun restrictions to allow citizens to openly carry handguns, and naturally, even the bookstores are celebrating. Brave New Books in Austin is now offering a 10% discount to any customer who displays their firearm in public while perusing the shelves, reports The Guardian.

The establishment is self-described as “anti-war, anti-state and pro-market” and has also hosted a symposium about the new legislation. To promote the event the shop released the following statement:

We’ll here [sic] from owner of Central Texas Gun Works, Michael Cargill. We’ll take part in a firearms safety course from our good friend Stephen Sheftall. And we will hear from a panel of gun rights activists about the latest in the fight for firearms freedom in Texas. And for a limited time only if you come in to Brave New Books safely open carrying a firearm, you can get 10% off anything in the store! That’s right. We want to celebrate your decision to take security in to your own hands by giving you 10% off any product in the store for safely open carrying your firearm.

After all, according to the shop’s Twitter bio, “books are weapons in the war of ideas.”

What say you about Brave’s open-carry discount? Does it rightly show support for the law, or is it a mistake that’ll go down in history books everywhere?