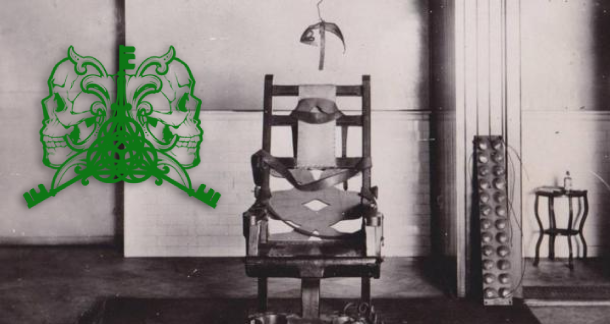 No government should have the right to murder another human being. I don’t think that is a crazy statement to make, yet here we are, a mere fifteen days into 2021, and already the United States has executed two of its citizens: Lisa Marie Montgomery (52) and Cory Johnson (52). It should not matter whether or not they were guilty of their crimes. Capital punishment solves nothing. It never has, and it never will.

Please check out the following information, from the National Coalition to Abolish the Death Penalty (NCADP):

Death sentencing and executions in the United States have steadily been declining in recent years. Despite these trends, death sentences continue to be imposed in a handful of states while the flaws and failures of this system are more apparent than ever.

Innocence: There are numerous cases of individuals who have been executed despite serious doubts about their guilt. Read More

Cost: By eliminating the death penalty, states would have millions of dollars a year to invest in programs that are proven to prevent violent crime, create safer communities and support those who are harmed by crime and violence. Read More

Victims: Any policy debate or criminal case dealing with capital punishment begins with the agonizing fact that someone in a family and in a community has been killed. A murder causes immeasurable suffering by victims’ families. Read More

Harm to Prison Workers: The system of imposing the death penalty for crime has unintended — and largely unspoken — consequences for those who work in corrections. Read More

Clearly I am not the only person frustrated and enraged by this issue. There are several organizations who actively fight to abolish capital punishment, such as the NCADP (quoted above). I won’t sit here and speculate why so many people still support the death penalty. I can take plenty of (probably accurate) guesses, but this isn’t the place for that.

I am putting together a new anthology of crime fiction titled The Mercy Seat: Stories From Death Row, to be published through Perpetual Motion Machine Publishing, which is the small press I co-run with Lori Michelle.

That’s where you come in.

We are seeking empathetic short stories that fall into the crime fiction genre told from the perspective of people on death row. The anthology will be published sometime in early 2022, and 50% of the net proceeds will be donated to an anti-death penalty charity to be determined later (I have several potential organizations in mind, but I can’t advertise their involvement until first getting permission, which I am trying to do!).

To make the theme even more annoyingly specific: I want every story to be told in first-person POV, from the person currently on death row, as they tell us how they landed there. It’s up to each writer whether or not their narrator is innocent of their convicted crimes. I am looking for a healthy mix of both. Stories also do not have to necessarily be set in the present. The death penalty has been around for...a while. Feel free to get creative with your time settings.

BIPOC and LGBT+ writers are especially encouraged to submit.

If you’re a fan of Nick Cave (or Johnny Cash), then you probably already gathered what inspired the title for this anthology. In case you aren’t, here ya go. Also, the amazing cover. Listen to them with headphones on.

Now, for the rest of the guidelines:

Writers should submit their stories to storiesfromdeathrow@gmail.com with TITLE_LAST NAME_WORD COUNT in the subject line. Doc and docx files are preferred. Any questions about the project can be directed to the same address with QUERY in the subject line.

Ganzfeld Benthos from Earth is reading Cosmos and Psyche by Richard Tarnas January 20, 2021 - 7:18am

We are HELPING 1000's of BLACK to GET TRAINED, GET PLACEMENT AND TO GET PROMOTED for a reliable job with pretty good salary, Wanna know more check this out: hire black

We are glad to help

Hub News is the Fastest growing digital media platform in the Northeast India. Be Informed. Be Alert.

Precision and accuracy underline our CAD drafting services, ably backed by an expert team that extensively understands design, architecture and prototyping. Read this

Our goal is to help you achieve your goals without breaking your budget. We are here to help your company rebuild after the economic downturn that has affected everyone. Our company has emerged as a partner of choice for building design, construction and industrial design engineering outsourcing, and has worked with more than 5000 clients. With our highly experienced CAD Managers and rigid in-house Quality Procedures we can manage the complete CAD process for your projects from start to finish. Click here

At Idaho Architectural Drafting and Design Services, our goal is to transform Your Vision into a timeless design and create a comprehensive set of architectural plans that become detailed construction documents which will make your dream home, shop, office or business property a reality.

Candidates Searching for Walk in Interview for any Govt organization must visit this page, as all recently released Interview details for Government post are updated here on this page. Aspirants Must check the official job advertisement for more details before going to the interview location.https://www.govnokri.com/

Maryland Architectural Drafting and Design Services, our goal is to transform Your Vision into a timeless design and create a comprehensive set of architectural plans that become detailed construction documents which will make your dream home, shop, office or business property a reality.

At Pennsylvania Architectural Drafting and Design Services, our goal is to transform Your Vision into a timeless design and create a comprehensive set of architectural plans that become detailed construction documents which will make your dream home, shop, office or business property a reality.

At California Architectural Drafting and Design Services, our goal is to transform Your Vision into a timeless design and create a comprehensive set of architectural plans that become detailed construction documents which will make your dream home, shop, office or business property a reality. Click here

We offer a full range of architectural design and drafting services from conceptual drawings to help jump start your project all the way through to complete construction plan sets that will set your project in motion. Although our company is not a registered architect or engineering firm, we do have working relationships with architects  and various engineering firms and can provide stamped and sealed drawings when required. http://texasarchitecturaldraftingservices.com

We offer a full range of architectural design and drafting services from conceptual drawings to help jump start your project all the way through to complete construction plan sets that will set your project in motion. Although our company is not a registered architect or engineering firm, we do have working relationships with architects and various engineering firms and can provide stamped and sealed drawings when required. Read this

We offer a full range of architectural design and drafting services from conceptual drawings to help jump start your project all the way through to complete construction plan sets that will set your project in motion. Although our company is not a registered architect or engineering firm, we do have working relationships with architects and various engineering firms and can provide stamped and sealed drawings when required. Arizona Architectural Drafting Services

Guppies are tropical and study fish That is why they can adapt to various habitats.

However, they are accustomed to warm water. So the question is, do guppies need a heater?

Reviews, buying guides, useful information, and everything you need to know about having a personal sauna experience at home.

Domain names need renewal every few years, and after it expires, the old owner can’t renew it. That’s why this one showed up in auctions because no one renewed the name when they should have done.  click here more details : Macinnes Scott

Healthcare is one of the most prominent needs of people globally. There are various patient care and treatments available today, two of which are physical therapy and nursing. Therapies and nursing have become widely known cures for both prolonged and temporary illnesses. They treat a patient irrespective of age. From children to old age adults, they have embraced the knowledge of medicine and incorporated it with natural ways.

Lubrication is a very critical process if you’re managing or owning equipment. If you don’t lubricate your machines regularly, they will have various issues, such as wear and tear, failure, etc., which will interrupt the regular workflow. This is because, reasonably, they are worn out after continuous usage due to friction or resistance. This is also anticipated when machines lack sufficient lubrication and result in fragile machine components wear and tear.

Welcome to Daily Kayaking, here you will get all bout best Kayak review, guide and best choice advice to buy.

Am Robert Mitchell USA , How i purchased Willy Wonka Golden Ticket from Wal-Mart #2605 in Gallipolis and won $15,000, It still feels incredible that my life has changed and I thank Dr Prince  everyday for his help. It is the best feeling in the world knowing that I am financially secure.Dr.Prince has proved that all the comment that i have read about him are all true, I am saying this now because before i contacted Dr.Prince i was having doubts if all what i have read about Dr.Prince are true but after contacting him, i believed that Dr.Price  is truly powerful and his spell has the capability to Win all kinds of lottery All thanks Dr prince, his number +18144484537 This Man has been of immense blessing to me and my friends and i am putting his email here to help the world at large know about his abilities and power to solve various types of problems contact him today via website https://obinnaspelltemple.com/ obinnaspelltemple@yahoo.com