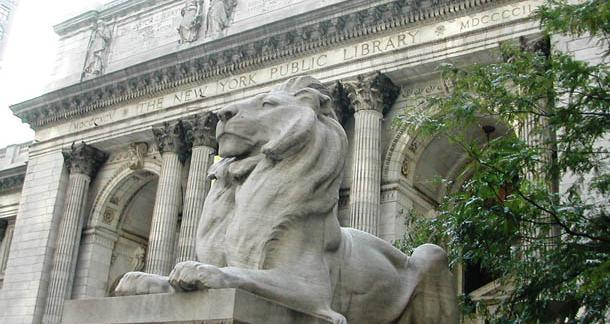 UPDATE: The mayor and the City Council struck an agreement on the FY13 budget yesterday--and it includes a restoration of $90 million for libraries! This will prevent the more drastic cuts that had been in the offing, and means libraries will be able to maintain at least five days of service. Good on them.

Librarians and book-lovers in New York City are gearing up for battle, with the libraries facing some pretty steep budget cuts: $96.4 million, or 32 percent of overall funding. Urban Librarians Unite estimate that'll close 46 libraries, and drastically reduce hours--to only 2 or 3 days in Queens, and by 50 percent in Brooklyn.

Save NYC Libraries Campaign conducted a “book seeding campaign” last week, in which 1,500 books were distributed with information about the cuts. And of course, there are petitions!

Click here to find petitions, as well as other information about upcoming events. You'll notice that you have to pick which library system you want to support--the Queens Borough Public Library, the Brooklyn Public Library, or the New York Public Library (which covers the remaining three boroughs). Yes, the system is split into three. Long story. Sign all three, just to be safe.

The mayor and the City Council have until June 30 to reach an agreement on the budget.

We're really starting to feel the pinch in Australia as well; lots of closing libraries, job cuts, and yet the book industry as a whole seems to be doing really well.

We need to get Stephen Fry in for a few pro-library ads.