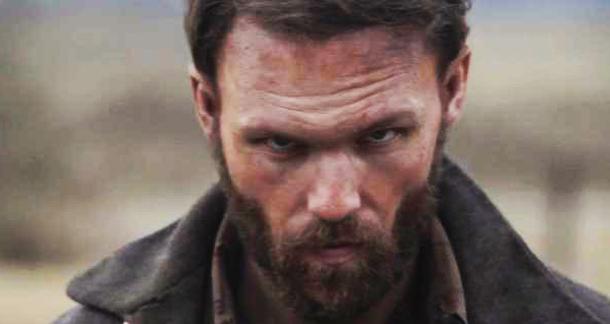 At the Venice Film Festival this week, attendees will see James Franco's latest installment in his adaptation-athon, this time offering us his take on the Cormac McCarthy novel Child Of God. The film stars Scott Haze as Lester Ballard, "a dispossessed, violent man," according to Wikipedia, who "descends literally and figuratively to the level of a cave dweller as he falls deeper into crime and degradation." Sounds cheery!

Those of us not going to Venice or attending the special screening at the Toronto International Film Festival will have to make due with this very teasing teaser trailer, first unveiled online by Deadline. Check it out:

Haze certainly has the look of a crazy man down. The Franco himself, Jim Parrack and Tim Blake Nelson also star.

What do you think? I know there isn't much to go on, but does this look like a decent adaptation of McCarthy's work?

When they said teaser, they weren't kidding.

You'd think Franco would give us a little more, what with the amount of people decrying his ability to handle the source material.

RE: Decrying --- I'm looking forward to his films. Not because I want to see them, rather because it might end the constant speculation as to whether he has any idea what he's doing. Why is it an issue? Do people ask this about other artists? Why wonder "Is he really a polymath, or just some guy who spreads himself a little thin?"

I don't get it. Just review the work when it arrives, and hold off on evaluating the oveure until after it actually exists. Once the movies come out, people will have something to talk about besides spectral straw men.