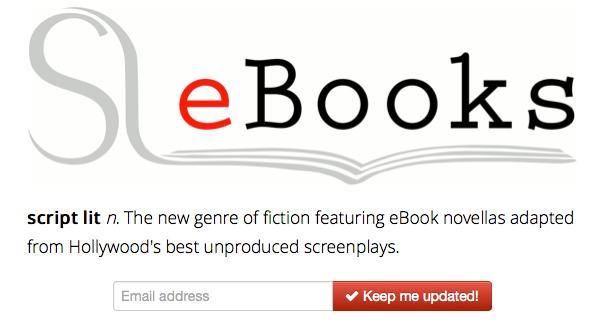 Founder James West has already mined the piles of optioned but otherwise untouched scripts languishing in Hollywood studio vaults: last month his company released Mom of the Year by screenwriter Denise Pischinger, with three more titles due out sometime this year.

It’s no secret that Hollywood studios option a lot of scripts that never become movies—scripts that may be quite good but are victimized by bad timing or arbitrary decisions of the studio, West said...“There are compelling stories in these scripts. The studios love the idea,” he said, though he acknowledged that some have been slow to act, adding, “there’s a lot of legal stuff to go through.”

It appears from the Script Lit website that the original authors adapt the screenplays into fiction themselves, which is pretty cool. It's also nice to see these writers get a chance to share their previously locked-down stories in a new format.