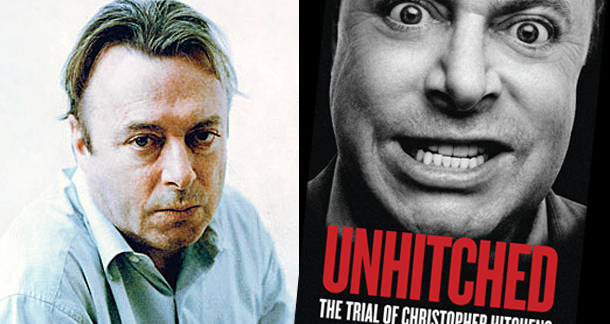 A new book by Richard Seymour, entitled Unhitched: The Trial of Christopher Hitchens, aims at critiquing the author and journalist's politics — “in the spirit of a trial”. Christopher Hitchens, described my many as a ‘polemicist’ and seen as a left-wing firebrand, had a confrontational style that made him popular on the lecture and talk show circuit. Hitchens died in December of 2011.

Seymour posits in his book that Hitchens’ politics swung to the right in later years — to the point that he claims the journalist became a “neoconservative Marxist" and the Bush administration's amanuensis.

…not only was Hitchens a man of the right in his last years, but his predilections for a certain kind of right-wing radicalism – the most compelling recent example of which was the Bush administration's invasion of Iraq – pre-dated his apostasy.

Seymour’s book was commissioned about six months before Hitchens’ death and he exchanged a number of emails with the author until he sent a copy of a critical essay he’d written. Their exchanges ended shortly after that.

While Seymour expresses admiration for Hitchens’ writing, he calls his book “a denunciation of the changes he underwent in the last 10 years in particular, with Iraq and America the two central themes.”

Was Christopher Hitchens a strange mix of left-wing radicalism and politics that leant toward the right? I suppose it’s difficult to say for sure and we can hardly ask the man himself.

JEFFREY GRANT BARR from Central OR is reading Nothing but fucking Shakespeare, for the rest of my life January 17, 2013 - 12:10pm

While I'm a fan of Hitchens for his stance on atheism, there's not much to say regarding his political views. I think it's fair to say most middle-class white males get more conservative as they get older, to which the universe responds: Yeah, well, so what?

Joshua Chaplinsky from New York is reading a lot more during the quarantine January 17, 2013 - 12:39pm

Yeah, Hitch was a great writer and a super intelligent dude, but I never much agreed with him politically.

I find this egregious. Is this author indicating that because Hitchens favored the war in Iraq that he was a radical right wingist? Why does he have to be right or left? From everything I've read and watched from him, he, if anything, was a free thinker who didn't conform to one particular party line. Left or right.

I think stratton's right. I wonder about the 'polemecist' title as well. Who described him as one and which of his works is the best example of this? I cant see him next to the likes of Greg Palast, Coulter, Moore etc.

Though There are intelectuals that are so intellectually honest (or invincible?) that they describe their own works as polemics. I admire that.

By radical right winger the author doesn't mean that Hitchens was a Tea Party supporter or neo-fascist, rather that he adopted a reactionary stance dressed up in the politics of radicalism. It's a classic trope of right-wing politics; in order to keep up with efforts to give power to those who are oppressed or exploited in society, reactionaries will steal the language and styles of radical lefties in order to make their own ideologies seem "outside" of the traditional bounds of the establishment they support. This book is necessary imo. Hitchens' politics (and he did have politics, as we all do) were a dangerous mixture of warmongering and casual Islamophobia, veiled by his eloquence and the rarity of his "type" on the American political scene.

edsikov from New York by way of Natrona Hts PA is reading absolutely nothing January 18, 2013 - 4:08am

I never liked him because he was such a knee-jerk homophobe, a word I hate, because it really means "fearer of sameness," but "antigay bigot" seems a bit extreme for the casual biases of the remarkably unenlightened Hitchens.

edsikov from New York by way of Natrona Hts PA is reading absolutely nothing January 18, 2013 - 4:10am

That said, I had to applaud his original title for his book about Mother Teresa:

Mick Cory from Kentucky is reading everything you have ever posted online and is frankly shocked you have survived this long January 29, 2013 - 12:04pm

The wilful ignorance with which you speak of the man is matched only by the arrogance you house it in.

“I say that homosexuality is not just a form of sex. It's a form of love, and it deserves our respect for that reason.” - Christopher Hitchens [Intelligence Squared Debate (The Catholic Church Is a Force for Good in the World) Oxford, UK, 10/19/09]

Just one of many comments on the subject of sexuality and the subsequent abuse society inflicts on individuals whose views differ from the idotic religious models too many claim it built upon.