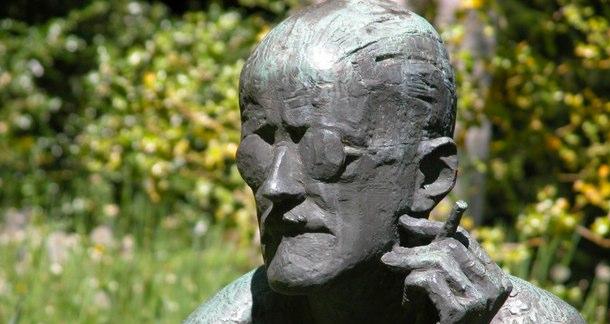 The National Library of Ireland is looking to honor the country's most well-known literary figure by making some of his previously unpublished manuscripts available online, for free. According to the NLI, plans to do so have been chugging along for some time, but recent events regarding one particularly thorny Joyce scholar are making things complicated.

Danis Rose, who is a controversial figure in his field of study, disagrees with the NLI's decision--because, he says, he was the first to make the rare manuscripts available, and thus, under ambiguous Irish law, he holds the copyright.

The collection includes early drafts of Finnegan's Wake and Ulysses.

In an article published on the blog of the publishing house who made the manuscripts available, Rose explains that the manuscripts' copyright would have expired in January 2012, had he not published them (thus giving him "economic rights"). Rose also elaborates on the difference between the US and the EU's copyright laws--mostly that ours in the States are more lax.

But Rose, despite what he has protested both online and to anyone who would listen in the media, seems less concerned about who holds the copyright itself--and who is going to make money off the manuscripts if they are made available for free, calling the move "careless."

Currently, the status of the manuscripts is still in limbo--they are both published by Rose in a for-purchase form, and online at the NLI. However, a clarifying decision from an official review committee created by the Department of Enterprise, Jobs and Innovation, is expected to clear the whole matter up.

Blogging and the Law: Five Issues You Need To Know

Writers: Do You Need A Lawyer?

I can't help but laugh every time I hear Joyce's name after reading the Calvalcade of Literary Jerks article.

Joshua Chaplinsky from New York is reading a lot more during the quarantine April 17, 2012 - 3:40pm

The guy is a tool. He's been trying to make money off Joyce for years. James Joyce has been dead a long time. Let the people of Ireland have his work.