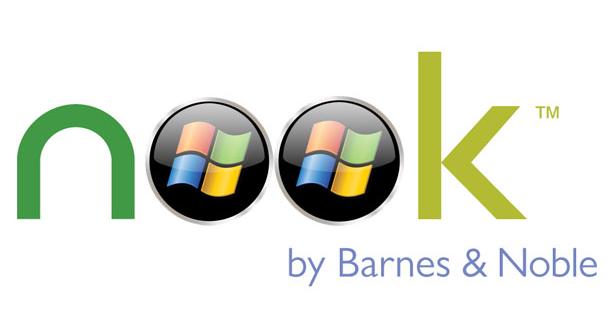 Barnes & Noble and Microsoft have just struck a pretty hefty partnership: The computer software giant will invest $300 million into a new subsidiary of Barnes & Noble that will merge the bookseller's digital and college businesses.

Microsoft will get a 17.6 percent equity stake in the new company, which is ridiculously called Newco. The partnership will include a Nook application for Windows 8, and development on the Nook eReaders and tablets--with a special focus on educational publishers. As part of the deal the two companies also settled some patent litigation.

“The formation of Newco and our relationship with Microsoft are important parts of our strategy to capitalize on the rapid growth of the NOOK business, and to solidify our position as a leader in the exploding market for digital content in the consumer and education segments.”

This is a brilliant move for both companies. Barnes & Noble lacks the market dominance of Amazon and the hardware dominance of Apple. Forming a partnership with a heavy-hitter like Microsoft allows them to focus on things like expansion and experimentation. It also gives Microsoft entree into an established tablet market, considering their struggles to come up with a competitor to the iPad.

What do you folks think?

More competition means better tablets, so I'm all for it.

Is $300 million a big investment for Microsoft?  Or is this just a write-off for them if it fails?  I'll be interested to see how big their push for the Nook is.

Time to reconsider making my goods Amazon-exclusive so that they are available for the Kindle Owners Lending Library.