Man Attacks Literary Agent, Allegedly Because She Rejected His Query 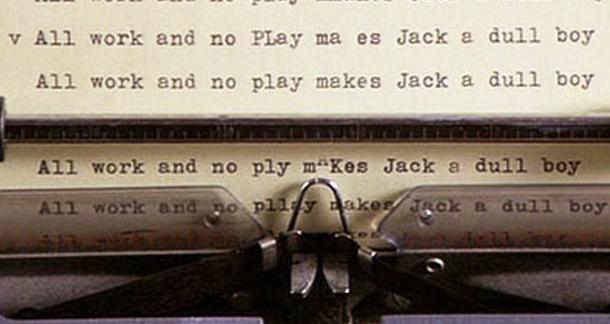 UPDATE: There's some chatter that the writer accused of the attack on van Hylckama is innocent, and this was a random incident. Still scary, but with a slightly less convenient narrative. So, grains of salt all around.

Literary Agent Pam van Hylckama was attacked in her car yesterday, and though she originally thought it was a random incident, police believe the perp was a writer she rejected.

Details from the attack are up at Book Goggles:

The guy came up and knocked a side mirror off, then when Pam unrolled the window to talk to him, he began slamming her head against the steering wheel. Luckily Pam's dog was there to help protect her, biting the man and causing him to flee.

Though van Hylckama had gotten threatening e-mails, she brushed them off, figuring the scorn of jilted writers came with the territory. Police used those e-mails to get the sender's home address--criminal mastermind, this guy--and found the man with a fresh bite from van Hylckama's dog. He's now in custody. Hopefully the cops smacked him around a bit before taking him to central booking.

You know, Rob, out of all the columns and articles we've read and written on dealing with agents and handling rejection, I never saw "don't attack the agent" in any of them.

Saw this on Twitter last night just after it happened and feel so bad for her. A lesson to women out there with a public social media profile to be careful about posting your whereabouts. Creeps are out there!

What a bastard. Hope he never gets published.

Dino Parenti from Los Angeles is reading Everything He Gets His Hands On September 14, 2012 - 9:56am

Hopefully this douche-bag is now flagged by every agent in the country.

imsteph from Los Angeles, CA is reading Dhalgren by Samuel R. Delany, Turn of Mind by Alice LaPlante September 14, 2012 - 10:16am

I doubt she was the only agent who rejected him. Did that good dog prevent a spree? Man, what a nightmare.

You know Ivan, if Q.R Markham got a book deal out of plagiarism, this guy might get one too!

Ricky Sprague from America is reading The Wonder Woman Chronicles, Volume 2 September 14, 2012 - 10:30am

He decided that self-publishing an ebook was just too easy.

"You know Ivan, if Q.R Markham got a book deal out of plagiarism, this guy might get one too!"

The more of a trainwreck this industry becomes, the closer it gets to having those dysfunctional reality TV-ish characters, the more you're going to see the Q.R. Markhams and the like rewarded for their particular brand of crazy.

Dwayne from Cincinnati, Ohio (suburbs) is reading books that rotate to often to keep this updated September 14, 2012 - 11:35am

I always wonder, is this a evil frustration or a horrible evil plan?

I heard about this yesterday night. Poor Pam! I follow her on twitter and she is just amazing. People are insane. It shocked me that people had the nerve to send rude e-mails in response to a rejection too. Never once have I considered sending a mean response to an agent or physically harming him or her. Mostly I just cry and do the whole "I suck at everything" [drinks vodka] "Why do I bother?" [drinks more].

This jerk off deserves much worse than a dog bite for what he did to her. Like, you know, a hard kick to the junk... or face. Says passive aggressive me :-)