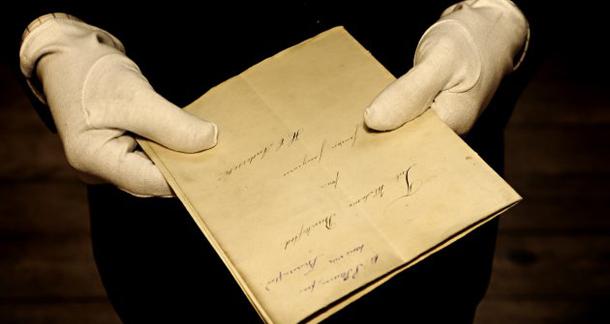 A previously unknown fairy tale by Hans Christian Andersen was discovered by historian Esben Brage back in October, and now it appears the manuscript is the real deal. Titled "Tallow Candle", the six-page story was tucked away at the bottom of a box stored at the Dutch National Archives, according to the New York Times Arts Beat blog. Apparently, it is about a suicidal candle.

Brage, who is retired, appears to have only been casually looking through the archives of wealthy families from Andersen's hometown, Odense, when he stumbled upon the rare find. "I was ecstatic," he said, "I never imagined this."

Ejnar Stig Askgaard, a senior curator at the Hans Christian Andersen Museum, believes in its authenticity. He explained to the Associated Press that the story was dedicated to a vicar's widow named Bunkeflod, who lived across the street from Andersen's boyhood home. Andersen would apparently visit the widow and read to her. Askgaard believes the work to be one of Andersen's earliest, probably written at the age of 18.

Head over to The Huffington Post for an excellent photo gallery of the unearthed manuscript.

Who here is a Hans Christian Andersen fan? Are you excited to see this new story added to his body of work? Who's going to start going through old, moldy boxes in search of treasure?