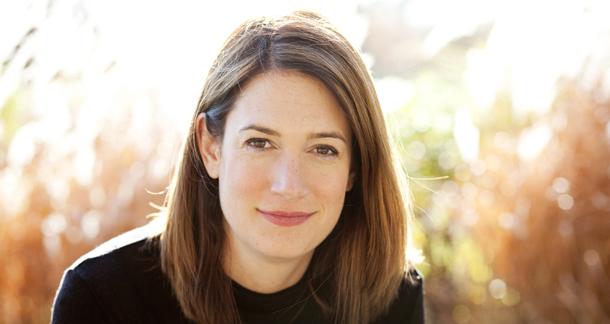 With her number one best-seller Gone Girl already topping best-of 2012 lists--The Huffington Post, GoodReads, and Amazon, just to name a few--it's no wonder her publisher wants to keep her around. The New York Times reports that Crown Publishers, an imprint of Random House, has agreed to publish two more books from Flynn, one a novel for adults, the other a foray into young-adult territory.

No plot details or release dates have been announced. Flynn has a fourth novel, separate for those locked down in the new book deal, slated for 2015, so we'll have to wait a while for any new material. In the meantime, we can always read her previous books: Sharp Objects and Dark Places, both of which, according to Flynn's website were highly acclaimed in their own right.

Who here read Gone Girl or either of Flynn's other books? Who's pumped for more?

Devon Robbins from Utah is reading The Least Of My Scars by Stephen Graham Jones November 16, 2012 - 10:40am

Gillian Flynn is crushin it. All three of her books are awesome.

JEFFREY GRANT BARR from Central OR is reading Nothing but fucking Shakespeare, for the rest of my life November 16, 2012 - 1:45pm

Gillian Flynn has got to be one of my top 10 novelists. Sharp Objects and Dark Places were very good, but Gone Girl is flat-out amazing. if you haven't read Gone Girl, you are missing out on one of the most insidious, layered, atmospheric yet accessible reads of the past 5 years. I have a feeling she hasn't even come close to the peak of her skill; my guess is her next books are going to blow minds and launch her into some serious fame. I'm excited to see what she does with YA.

In the artice you have Sharp Corners instead of Sharp Objects.

I haven't read Gone Girl and nothing has generated any interest for me, but I did see both Dark Places and Sharp Objects a good while ago and both looked cool. In fact, I didn't realize for a while that Gone Girl was written by the same person. I've yet to read either of those prior books, though. Haven't found them cheap enough to justify buying with my colossal backlog.

I'm never excited about YA, though. Hate that shit. Either way, looks like she's got a solid foundation to her writing career at this point. Will be interesting to see where she takes it.