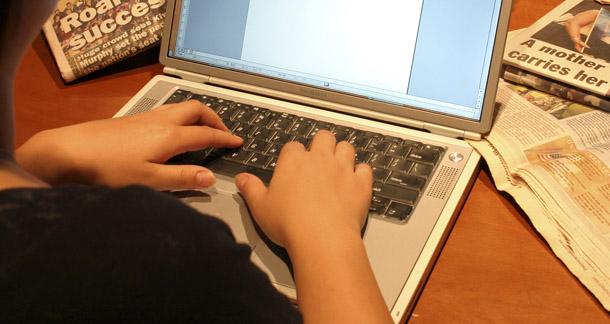 In the age of YouTube and Twitter, you’re more likely to encounter young people who want to become the next Internet celebrity or pop superstar than literary types. However, data recently released by professional social networking website LinkedIn suggests that many young girls in the U.S. dream of becoming writers, reports SocialTimes.

According to the LinkedIn infographic, writer, journalist, or novelist was the third most popular dream job for young girls in the U.S. Teacher was the most desirable position, with veterinarian coming in second.

Boys, on the other hand, didn’t express much interest in joining the ranks of famous wordsmiths, with professional or Olympic athlete taking the top spot. Airplane or helicopter pilot and scientist were also popular choices.

'The dream jobs we aspire to as children are a window into our passions and talents,' Nicole Williams, connection director at LinkedIn, told CIO Magazine. 'Identifying and understanding those passions are key to improving our performance and enjoyment of the jobs we currently do even if they aren't specific to the careers we dreamed of as kids.'

Did you dream of becoming a writer when you were a child? Why do you think girls are more interested in becoming writers than boys?

Courtney from the Midwest is reading Monkey: A Journey to the West and a thousand college textbooks November 26, 2012 - 1:31pm

I don't think I know a single girl at my college who didn't want to be a writer at one point.