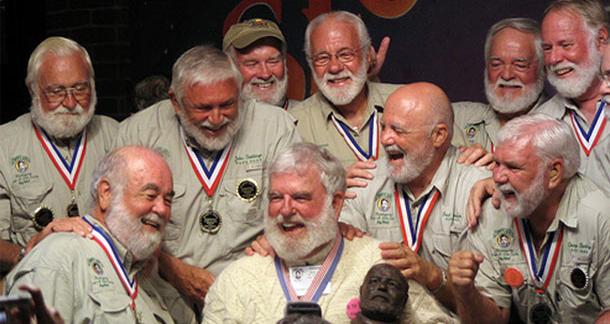 St. Petersburg attorney Frank Louderback, currently representing someone on trial for arranging a murder, asked the presiding judge for time off to attend an Ernest Hemingway look-alike contest in the Florida Keys. And the judge said no!

Which sucks for Louderback, considering he already paid for his hotel. But it also sucks for the defendant. I don't know how I'd feel if I was in the middle of a federal murder trial and my lawyer wanted to bounce for a party.

The judge riffed on Hemingway's work with his decision. You can read parts of it here. My favorite?

"Perhaps a lawyer who evokes Hemingway can resist relaxing frolic in favor of solemn duty. Or, at least, “Isn’t it pretty to think so?” Best of luck to counsel in next year’s contest. The motion (Doc. 127) is DENIED."

Louderback didn't seem too bugged by the ruling, telling the Tampa Bay Times: "It'll give me another year to get older, fatter and grayer."

The most amazing part of this, though, is the lead The Huffington Post used on the story:

One Florida judge recently had to rule on the importance of being Ernest.

I wrote a critique once entitled "The Importance of Being Ernest."