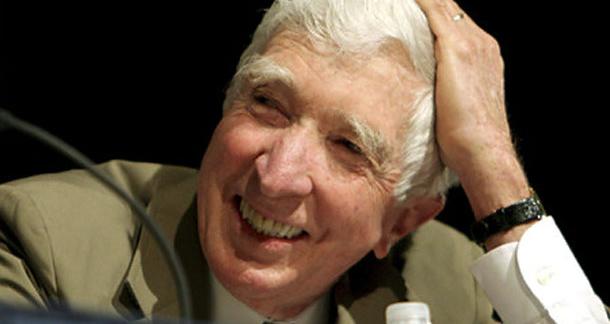 The John Updike Society has signed an agreement to buy the late author's childhood home in Shillington, Penn., so that it can be turned into a museum.

The agreement is contingent on getting a zoning variance to turn the house into a historic site, though there's probably not much standing in the way of that. The home will end up costing the society $200,000--which, in this housing market, ain't too bad.

Updike, who wrote a ton of books and won the Pulitzer Prize for fiction, lived at the house until he was 13. They don't have a date for opening yet, and since it's located in a residential neighborhood, it'll probably only be open to visitors by appointment, but still! For true Updike fans, it'll be a nice place to visit.

Incidentally, Updike originated my most favorite quote about New York City (which I'm planning to use as the epigraph for the book I'm writing): “The true New Yorker secretly believes that people living anywhere else have to be, in some sense, kidding.”

Anyone want to road-trip to this when it opens!?

Road trip? I'm up for that.