Jennifer Egan Is Using Twitter To Release Her Next Short Story 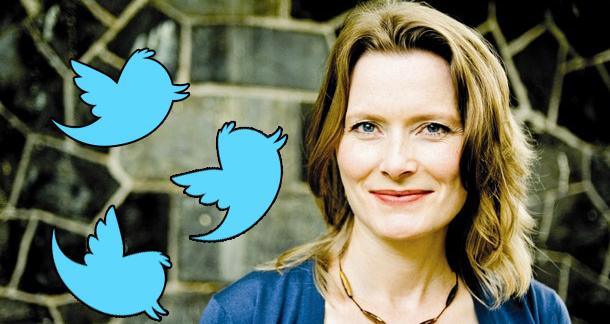 Jennifer Egan is doling out a science fiction story on The New Yorker‘s Twitter feed, in advance of the story's publication in the next issue.

The story is called Black Box, and will kick off at 8 p.m. for the next few nights. After an hour, the tweets will be collected at this link (so if you go there now, you'll see last night's tweets).

Here's what Egan, author of A Visit from the Goon Squad, had to say about it:

“This is not a new idea, of course, but it’s a rich one—because of the intimacy of reaching people through their phones, and because of the odd poetry that can happen in a hundred and forty characters. I found myself imagining a series of terse mental dispatches from a female spy of the future, working undercover by the Mediterranean Sea. I wrote these bulletins by hand in a Japanese notebook that had eight rectangles on each page. The story was originally nearly twice its present length; it took me a year, on and off, to control and calibrate the material into what is now Black Box.”

Keep an eye on @NYerFiction to read the story tonight, tomorrow and Sunday. If you want to just read it and print and not bother with this Twitter stuff, the next issue comes out Monday.

What do you think? At first blush I thought it was kind of silly, but listening to Egan explain it and reading the tweets that have been posted so far, it's growing on me.