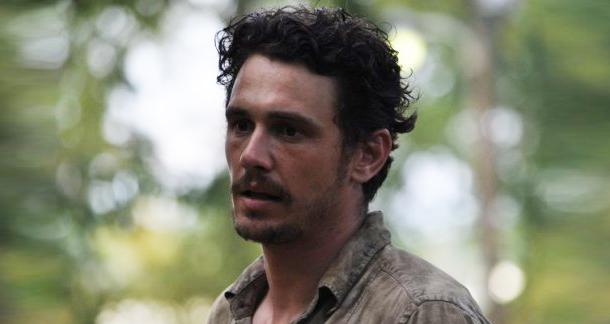 James Franco may be a lousy award show host, but he's proven time and time again that he can act. The star of the Oscar-nominated film 127 Hours is currently busy with the film adaptations of two notorious southern novels, William Faulkner's As I Lay Dying and Cormac McCarthy's Child of God.

Movie site We Got This Covered has leaked photos from the production of both movies and, I have to admit, Franco looks like he's the right man for the job. In the Faulkner adaptation he plays Darl, one of the Bundren sons (the one narrating most of the first part of the novel), and in Child of God he plays Jerry. The haunting role of Lester Ballard will be played by the amazingly well cast Scott Haze. 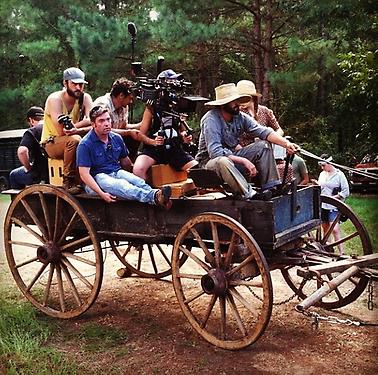 Several stills were leaked, but it's hard to know which is from which movie, because both have such a similar setting. One thing's for sure, nobody can blame James Franco for taking the easy route. Tackling the work of two legends is risky business, but the information we have so far is encouraging. Child of God should come out first as it's already in post-production, but both film should hit the big screen some time in 2013. If you want to look at the complete photo set, you can visit We Got This Covered's page.

What do you think? Is this reassuring?

My main concern is for the accents.

If the movies turn out to be less than stellar, I would chalk it up to the source material more than anything; everybody knows good books don't always make good movies.

And if they turn out to be great, then great.

But I won't say I'm encouraged/discouraged based on some set stills.

Again, litreactor has touched my Franco nerve. I can think of far better candidates that can treat these two stories with more expertise and execution. I said it before, but this just rattles me everytime I see his name attached to such works as McCarthy and Faulkner. I dont like reacting negatively to anything (especially online, where its an epidemic of ill-will) but this just gets me frustratingly annoyed. One, that he is doing it, and two, I cant stop it. Alas, acceptance for this hack actor piggybacking on the genius of two of literary greats. I'm sure he's hoping for the residual praise.

McCarthy and Faulkner are two of my biggest influences, so I will see it. But I will probably go in with my expectations too high.

James Franco gets on my nerves....Child of God is a fairly twisted story I am not sure how it wil translate to film.