How You Announce Your Memoir When You're Prince 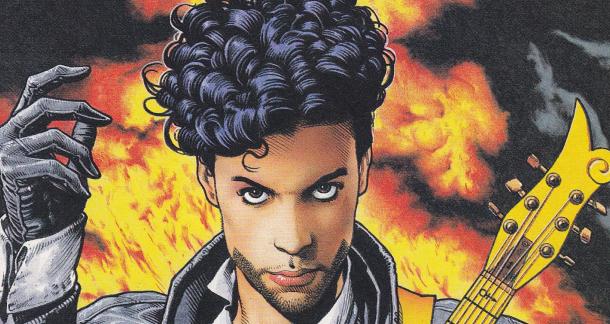 Prince announced his upcoming, 2017 memoir, The Beautiful Ones, at a "press conference" last Friday.

But, this being Prince, there was a bit of production to it.

The announcement was made at Manhattan's Avenue Club. All you really need to know about the place is that it's where you go if you're LeBron James and you want gossip rags to judge you for partying all night before the all-star game.

Prince stood on a balcony in a shiny, golden suit, and announced, "the good people of Random House made me an offer that I could not refuse."

He then took off for about an hour, came back in blue pants and a furry vest, and proceeded to sing/DJ some of his own cuts.

There aren't a lot of details about the book just yet, but the memoir is supposed to begin with Prince's recollections of childhood and run through his appearance at the Super Bowl in 2007. The project is being edited by Paris Review editor Dan Piepenbring and managed by Chris Jackson, who worked with Jay-Z on his book, Decoded.

Jackson on the project:

Prince is a towering figure in global culture and his music has been the soundtrack for untold numbers of people—including me—for more than a generation; his creative genius has provided the musical landscape of our lives. Millions of words have been written about Prince—books and articles, essays and criticism—but we're thrilled to be publishing Prince's powerful reflections on his own life in his own incandescently vivid, witty, and poetic voice.

The Prince.org forums are all lit up with speculation about what the project will consist of and whether it will actually see the light of day.

As my man Luke Skywalker once said...'I have a very bad feeling about this.'

In other news, Prince fans watch an alternate version of Star Wars where Luke Skywalker says all of Han Solo's lines.

LURID: My Man Ludwig Van - The Tortured Genius of Beethoven

I'd read it.  Hopefully it won't be written with Prince's usual shorthand. Ex: U R 2 beautiful 4 words.

Chiming in to say this is why I indie publish. Nobody to pubish or make offers based on percieved social status. That along with the computer written novel highlight why I seek the indie path.