HBO Declines To Pick Up Show Based On Franzen's 'The Corrections' 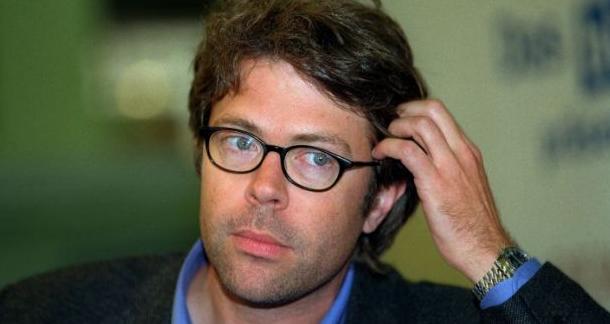 HBO has declined to pick up a show based on Jonathan Franzen's The Corrections. Great, another thing for Franzen to complain about...

Seriously though, it is a little surprising, given the pedigree. The show, which has been filming around the Upper West Side of Manhattan, would have starred Chris Cooper, Dianne Wiest, Maggie Gyllenhaal and Ewan McGregor. Franzen even co-wrote the pilot with The Squid and the Whale director Noah Baumbach.

"Word is HBO brass liked the pilot and the performances but the decision came down to adapting the book’s challenging narrative, which moves through time and cuts forwards and back. While that works in the novel, it proved difficult to sustain in a series and challenging for viewers to follow, hampering the potential show’s accessibility."

I don't know if I buy that. It took me four episodes to understand Game of Thrones, and that show still confuses me sometimes.

I haven't read The Corrections. If you have, let us know: Would it have translated to the screen? Or would it have been too dour for television?

It always rubs me wrong when someone jumps on this Franzen bashing trend because he's made a public stance against certain ills, predominantly technological, he feels are intellectually crippling society and the millennial generation in particular, that they cannot imagine life without. I always picture the writer wearing a flannel with perfectly coifed facial hair and thick rimmed glasses, holding their iPad skyward like a tablet of Commandments prepared to bring down Mac’s wrath upon the heretic Franzen. They’re probably on a bicycle as well and thinking of eating something with bacon that shouldn’t include bacon, like a malt.  Now, I know you're doing it as a bit of jest and I'm not on your ass personally, and you are by no means the primary source of articles calling Franzen an old fuddy duddy, but the fact remains you haven’t read his National Book Award winning novel, and he is universally recognized as an incredible literary talent. Would it not be prudent to err on the side of caution and assume a celebrated author has addressed this in depth, likely making many valid points to back up his Ludditeism within the pages his vastly appreciated and praised art? I find it difficult to disagree with Mr. Franzen on the hot button issues that seem to irk folks around here. And I’m only 33. Twitter is, in my opinion, a felicitous title for the service they provide and those who utilize it.  I owned a Kindle Fire I won in a work raffle and promptly sold it on ebay. That $200 was well spent on tequila. Cheap technology empowered too many aggressive, confident morons and ruined music. Franzen thinks the world is doomed and our gadgets are the harbinger of a dangerous digression from personal interaction, and he's right. Look around at the shit world we live in and how technology has fostered tyranny on a scale we have never before seen, even in the USA. But I digress, as far as the Corrections translating well to screen, I’m with HBO on this. The book never struck me as something that would make the transition well. Why did I write all of that?

Class Director
Rob from New York City is reading at a fast enough pace it would be cumbersome to update this May 2, 2012 - 2:41pm

Some of the Franzen-hating on the internet is out of hand, and I did make that comment in jest. But, Franzen does come off like a bit of a prat sometimes.

Here's the thing: It's OK to not like eReaders, or Twitter, or bacon, or beards, or unicorns, or whatever. There's an inherent silliness to all of those things.

It's also OK if you do like them. It doesn't make you a bad person. It just makes you a person with different tastes.

What rubs people wrong about Franzen was that he frames his arguments in a really elitist way--that people who read eBooks aren't serious readers, for example. Which is obnoxious bullshit. He could have very easily said he just doesn't like eBooks, and that's fine, because it's an opinion, and this is America, where we are allowed to have those.

Ray Bradbury has said he doesn't like eBooks because he thinks they smell like gasoline. That's funny!

The difference is that Bradbury expressed a personal distaste, where as Franzen framed his dislike as a putdown against people who do like eBooks. And that makes him sound like a prick.

And his skill as a writer has no bearing on his opinion. That's two different things right there.

(For the record, I'm not wearing a flannel, but I do have a beard. It is not even close to perfectly-coiffed.)

Fact remains that Franzen never comes across as anything but a prick, and for someone who argues against Big Headed "Status" Writers, he sure likes to play the role.

I haven't read the book. I hadn't even heard of it until I read this article. But after reading this line: "Gary in recent years had observed, with plate tectonically cumulative anxiety..."

I can guarantee you that I never will.

Joshua Chaplinsky from New York is reading a lot more during the quarantine May 3, 2012 - 10:03am